“Yes, my campaign posted a meme and I stand by it,” the firebrand political newcomer said during an online candidate forum Tuesday night.

Witzke added that the meme was removed because she had received death threats “from far-left radicals threatening to come and kill my family and doxing my address.”

Witzke, who describes herself as “extremely pro-life” said in a post just hours after Ginsburg’s death that the jurist’s “obsession with abortion overtly singled out blacks and minorities for extermination.”

“Her own words from the 1970s tell us she didn’t want too many blacks or poor folks procreating. Tens of millions of black and brown babies never got a chance at life because of Ruth Bader Ginsberg (sic),” the post added.

The post is accompanied by a photo that appears to show a small group of half-naked children in a developing country smiling and dancing. The photo caption reads: “Black babies when Ruth Vader Ginsburg dies.”

The post drew widespread criticism, including from fellow Republicans and supporters who voted for Witzke in the Sept. 15 primary, when she defeated the candidate endorsed by the Delaware Republican Party.

Witzke has refused to apologize but said in a subsequent post that she was “taking back full control of my Facebook page, in order to ensure that our message comes across as intended.”

The question about Witzke’s Facebook post surfaced during a discussion on whether the Senate should vote to confirm President Trump’s nominee to succeed Ginsburg before the November election.

“It is our constitutional duty to secure and fill that seat immediately,” Witzke said.

Her Democratic opponent, incumbent Chris Coons, said the Senate should honor Ginsburg’s “dying wish” and wait until after the presidential inaugural to confirm her replacement.

Asked whether he thought Democrats could delay a vote, Coons said he would keep working to try to convince Republicans colleagues that waiting would be the wiser option.

I think through persuasion there may yet be a path to avoid what will otherwise be a very divisive confirmation fight in just a few days before the election,” he said.

Witzke, meanwhile, said Coons needs to “do his job.”

Witzke was also asked Tuesday about her support of QAnon. The far-right conspiracy theory centers on an alleged anonymous, high-ranking government official known as “Q” who shares information about “deep state” enemies of Trump often tied to child sex trafficking.

Witzke told The Associated Press in January that she had stopped promoting QAnon months earlier. But she has been photographed wearing a QAnon T-shirt and has used the QAnon slogan WWG1WGA (Where We Go One We Go All) in some of her Twitter hashtags.

Witzke added that her QAnon T-shirt was bought by a friend who relapsed and died of a drug overdose during the COVID-19 lockdown.

“She couldn’t handle the COVID-19 excessive lockdown measures, and that is still the bigger issue than chasing some conspiracy theory,” she said.

Coons described QAnon as “an extreme theory that is without basis in fact or reality.” 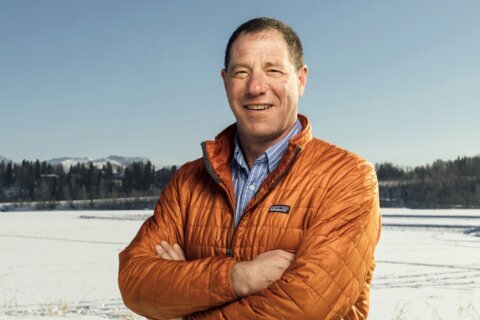 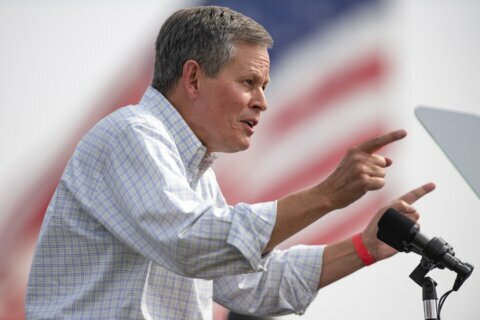 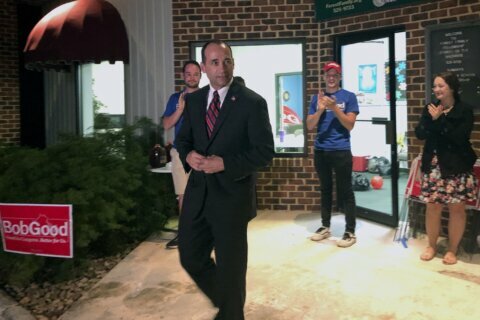