“It is just too easy to trigger an objection when it only requires one person in each chamber,” says Sen. Susan Collins, a Republican a co-sponsor of the Senate version.
Listen now to WTOP News WTOP.com | Alexa | Google Home | WTOP App | 103.5 FM

WASHINGTON (AP) — Members of Congress have officially objected to the results in four of the last six presidential elections, a partisan practice that has been legal for over a century but became much more fraught after a violent mob of then-President Donald Trump’s supporters attacked the U.S. Capitol last year.

In an effort to prevent another Jan. 6, 2021, bills moving through the House and the Senate would make it harder to lodge those objections when Congress counts the electoral votes in a joint session after every presidential election. The move to curtail the objections is part of a larger effort to overhaul the 1800s-era Electoral Count Act and safeguard the integrity of the vote after Trump tried to persuade his Republican allies in Congress to vote against Democrat Joe Biden’s victory and overturn his 2020 defeat.

“It is just too easy to trigger an objection when it only requires one person in each chamber,” says Maine Sen. Susan Collins, a Republican co-sponsor of the Senate version. Eleven GOP senators have signed on to the legislation, which is up for a vote in a Senate committee on Tuesday.

If the bills are consolidated into one measure that becomes law, it will do away with a tradition that has become increasingly popular as Congress has become more polarized.

Democrats have objected the last three times that Republicans were elected — twice against George W. Bush and once against Trump — but in each of those cases the Democratic candidate had already conceded the election.

The stakes were raised considerably in 2021, when Trump and his allies were actively trying to thwart Biden’s win, with a strategy to throw out Biden electors in Congress and the support of a violent mob that broke into the Capitol, interrupted the joint session and threatened the lives of lawmakers and Vice President Mike Pence.

House Administration Chairwoman Zoe Lofgren of California, the Democratic sponsor of the House bill with Republican Rep. Liz Cheney of Wyoming, said the bill would protect the voters’ will from “frivolous” objections and more sinister efforts.

“If you want to object to the vote, you better have your colleagues and the Constitution on your side,” Lofgren said just before the bill passed. “Don’t try to overturn our democracy.”

At the 2021 joint session, two GOP senators — Ted Cruz of Texas and Josh Hawley of Missouri — joined a larger group of House Republicans in objecting to Biden’s electoral votes in Arizona and Pennsylvania, two swing states that Trump had won in the 2016 election but lost in 2020. Both the House and the Senate voted to certify Biden’s win in those states in the hours after the rioters had injured police officers, rampaged through the Capitol and sent lawmakers running for their lives. But eight senators and almost 140 members of the House voted to sustain the objections.

Congress had only held such votes twice since the enactment of the Electoral Count Act 135 years ago. In 1969, two Democratic senators joined a member of the House to object to the vote of one elector in North Carolina during the certification of Republican Richard Nixon’s victory. In 2004, Democratic Sen. Barbara Boxer of California and Rep. Stephanie Tubbs Jones, D-Ohio, objected to President George W. Bush’s electors in Ohio over what they said were voting irregularities.

In both cases, the House and the Senate rejected the objections.

In several other instances, members of the House have lodged objections without the support of a senator. In 2000, several members of the Congressional Black Caucus objected to Bush’s electors in Florida after the Supreme Court had forced a halt to vote-counting in that state and decided the election. Vice President Al Gore, whom Bush had defeated, gaveled the objections down as he presided over the session.

In 2016, several Democrats stood and objected to Trump’s win over Democrat Hillary Clinton but no senator joined, and Vice President Joe Biden dismissed them. Like Gore, Clinton had already conceded defeat.

Members on both sides of the Capitol have been working on the revisions to the Electoral Count Act since the 2021 insurrection, saying the law’s vague language was not robust enough protection against Trump’s overt attempts to subvert the will of the people. The bills would also clarify that the vice president’s role is solely ceremonial and try to prevent states from creating slates of illegitimate electors, as Trump’s allies tried to do.

The House bill is more expansive than the Senate bill, and the two sides will eventually have to resolve their differences into a single measure. That includes the House language with new grounds for any objection, which would restrict the process even further.

Under the House legislation, no member could make an objection unless it fell under a strict set of parameters that relate to the Constitution — that the state is not validly a state, if the state submits too many electoral votes or if a candidate is not eligible, for example.

House Republicans argued against the legislation by saying it was a political attack on Trump, noting the frequent Democratic objections over the years. It only received nine Republican votes, all from members who are not returning to the House next year.

Rep. Jamie Raskin, D-Md., responded that if lawmakers believed there had been too many objections in the past, “you should absolutely be supporting this legislation.”

Hawley, who was photographed raising a fist to pro-Trump protesters outside the Capitol ahead of last year’s joint session, said in an interview that he is “skeptical” of the effort to change a law that has been in place for so many years.

“My concern is that it’s going to look like to Republican voters that Democrats can object as much as often as they want,” the Missouri Republican said, noting the objections in 2000, 2004 and 2016.

“As soon as Republicans do, they change the law,” Hawley said. “I can promise you, that will be the perception.”

Still, 11 Republican senators have signed on to the Senate bill, enough to break a filibuster and pass the bill in the 50-50 Senate.

Pennsylvania Sen. Pat Toomey, who is retiring, was the latest GOP senator to sign on to the legislation last week.

“The poor drafting of the 1887 Electoral Count Act endangered the transition of power from one Administration to the next,” Toomey said when he announced his support.

“Unfortunately, in the over 100 intervening years, individual Democratic and Republican members of Congress have occasionally attempted to exploit the ambiguities in this law to cast doubt on the validity of our elections, culminating in the debacle of January 6, 2021,” he said. “It is past time Congress act.” 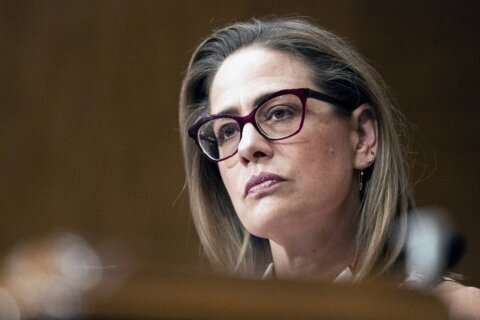 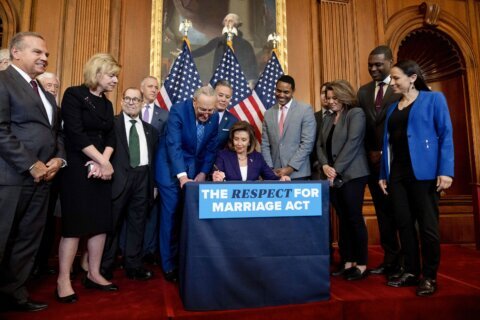