White House insiders to talk about Trump’s actions on Jan. 6

Matthew Pottinger was a journalist in China, concerned about the country's drift toward authoritarianism, when he decided — at age 31 — to enlist in the U.S. Marines after the invasion of Iraq.
Listen now to WTOP News WTOP.com | Alexa | Google Home | WTOP App | 103.5 FM

WASHINGTON (AP) — Matt Pottinger was a journalist in China, concerned about the country’s drift toward authoritarianism, when he decided — at age 31 — to enlist in the U.S. Marines after the invasion of Iraq.

“Our form of government is not inevitable,” Pottinger recalled thinking during an interview two years ago with the Ronald Reagan Presidential Foundation and Institute. “And it shouldn’t be taken for granted. But it’s a form of government very much worth fighting for.”

Pottinger had no way of knowing when he put on his military uniform for the first time how close to home that battle for democracy would get. He became deputy national security adviser to President Donald Trump, and he resigned after the Jan. 6 attack that tried to stop the peaceful transfer of power to President Joe Biden.

On Thursday, he’ll be one of the key witnesses at a prime-time hearing of the select House committee investigating the attack. The other is Sarah Matthews, who resigned from her position as a deputy press secretary the same day.

Pottinger and Matthews will join Cassidy Hutchinson, a former assistant to Mark Meadows, Trump’s final chief of staff, in the exclusive club of Trump White House insiders who have appeared publicly. Their appearances stand in blunt contrast to the cadre of Trump loyalists who have tried to defy the committee’s subpoenas, remained silent or continued to dismiss the investigation’s findings.

Any details on what Pottinger and Matthews will share on Thursday have been kept under wraps, but the hearing is expected to focus on what Trump did — and didn’t do — as his supporters swarmed the U.S. Capitol and interrupted the ceremonial certification of the election.

Roughly three hours elapsed between Trump’s speech at a rally near the White House and his release of a video calling the rioters “very special” but asking them to “go home now.”

Pottinger, 49, and Matthews, 27, may be able to illuminate what was happening behind the scenes as Trump resisted pleas from family, aides and Republicans to condemn the riot and urge people to leave the building.

As a member of the press office, Matthews was privy to debates over what the White House and Trump should say publicly during the riot and what other aides advised. And although Pottinger was focused on foreign policy, his position placed him at the crossroads of national security matters.

Whatever they saw that day, they decided to quit, helping to begin an exodus that included other White House staff and various Cabinet officials.

“These are people who believed in the work they were doing, but didn’t believe in the stolen election,” said Rep. Elaine Luria, D-Va., a member of the select committee.

Luria added, “It’s just a key piece of telling the story about that day, because we’ll be hearing from people who were in the White House, what they observed, what their reactions were.”

Pottinger, Griffin said, is someone with “enormous credibility,” who is “highly respected in the national security space” and not seen as overtly political. Matthews, in contrast, is “a tried and true Republican” who worked for Trump’s reelection campaign and was hand-picked to join the White House.

“I think their testimony will be incredibly compelling and carry a lot of weight,” said Griffin, who has been supportive of the committee’s work and has discussed Matthews’ testimony with her.

Matthews began working for Republicans on Capitol Hill as an intern while she was still a student at Kent State University in Ohio. She was so eager to begin a career in Washington that she moved to the city for her first job a month before her graduation, missing her last weeks of college and finishing her final classes online, she told her alma mater in an interview two years ago.

Matthews was hired as a deputy press secretary for Trump’s reelection campaign and was brought over to the White House by press secretary Kayleigh McEnany. She worked in the area of the West Wing known as “upper press,” placing her in closer proximity to the Oval Office than others in her office.

Sometimes she joined Trump for media interviews, but mostly she fielded questions from reporters and helped prepare for White House briefings.

When Matthews resigned on Jan. 6, she issued a statement saying she was “deeply disturbed by what I saw today.” On the anniversary of the attack, she called it “one of the darkest days in American history.”

“Make no mistake, the events on the 6th were a coup attempt, a term we’d use had they happened in any other country, and former President Trump failed to meet the moment,” she tweeted.

Pottinger did not issue a statement when he resigned on Jan. 6, but he discussed the decision during previous, closed-door testimony to the committee.

While the riot was underway, Pottinger said, a staff member brought him a printout of a Trump tweet accusing Vice President Mike Pence of not having “the courage to do what should have been done” to overturn the election.

Pottinger took a much more roundabout path to the White House than Matthews.

His father, John Stanley Pottinger, served as an assistant attorney general under Presidents Richard Nixon and Gerald Ford. Matt Pottinger studied China in college, then moved to the country to work as a reporter for Reuters and The Wall Street Journal.

But in 2005, he joined the Marines. Explaining his unusual decision, Pottinger wrote an essay saying that “living in China also shows you what a nondemocratic country can do to its citizens.”

Qualifying at age 31 wasn’t easy. He wrote that he got winded after running for five minutes, and he could only do half a pullup. But by the time he took his physical fitness test, he could do 13 pullups and run 3 miles in less than 21 minutes.

Pottinger deployed to Iraq as an intelligence officer, and he later worked in Afghanistan with U.S. Army Lt. Gen. Michael Flynn. At the time, Flynn was a respected military leader, not the promoter of conspiracy theories that he’s become today.

They ended up writing a report criticizing military intelligence efforts in Afghanistan. Years later, after Trump was elected, Flynn invited Pottinger to join him in the National Security Council. Flynn didn’t last long — he was forced out after a little more than three weeks because of his obfuscations about his conversations with the Russian ambassador to the U.S. — but Pottinger stuck around.

He was promoted to deputy national security adviser in 2019. Pottinger was focused on Asia during his time in the Trump administration, and helped outline a more aggressive stance toward China, one that was rooted in his own experiences as a reporter in the country.

He is now a distinguished visiting fellow at the Hoover Institution and the chair of the China program at the Foundation for Defense of Democracies. 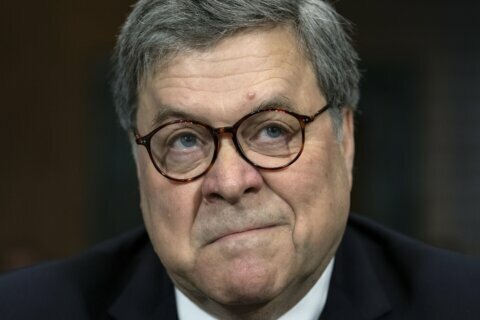