Rejected by courts, retirees take last shot to save pensions

When General Motors went through the biggest industrial bankruptcy proceedings in history, 20,000 retirees from GM's Delphi Corp. subsidiary saw their retirement savings slashed. They fought unsuccessfully in court for 13 years to get that money back. Now, they're focused on legislation to restore what they lost.
Listen now to WTOP News WTOP.com | Alexa | Google Home | WTOP App | 103.5 FM
(1/3) 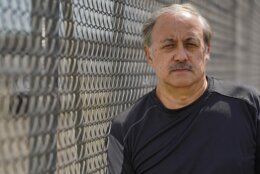 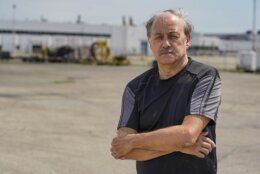 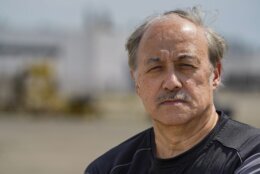 WASHINGTON (AP) — Dave Muffley thought he had it made when it came to a solid retirement. The Indiana man spent roughly 30 years as a salaried maintenance technician for Delphi Corp., a subsidiary of General Motors Corp., and expected to retire with a comfortable income by the time he hit 62.

But when GM plunged into the biggest industrial bankruptcy proceeding in history in 2009, and the federal government negotiated its restructuring, Muffley’s expected retirement package was slashed.

The Russiaville resident, now 68, lost 30% of his retirement savings, his promised health care coverage and his faith in government.

Muffley is one of an estimated 20,000 Delphi workers hurt by the GM bankruptcy, and many have spent the past 13 years fighting to get back what they lost. After the U.S. Supreme Court declined to hear their case this year, the retirees were cut off from their last legal remedy.

Now, they’re looking to Congress, where legislation to restore the pension savings of the workers has gained support from both the left and the right, and passed the House on Wednesday. Supporters are hopeful the Senate will follow suit.

The bill is named the Susan Muffley Act, after Dave’s wife, who became sick and died while they were grappling with the hit to his retirement fund.

After taking a buyout from Delphi at age 55 to avoid a potential layoff, Muffley says, he took one job after another to tide him over until he could retire at 62. It was in that time that his wife was diagnosed with pancreatic cancer and died within three years.

“Things fell apart, and things fell apart in a big way” Muffley says. He estimated he’s lost at least $130,000 in savings due to the pension cuts over the years.

Despite the bipartisan support, some in Congress are wary of having the government bail out pension funds.

For the retirees, the struggle to get the legislation into law is perhaps the last battle in an ordeal that started when the workers got swept up in macroeconomic crosscurrents of the recession.

Muffley and others in 2009 established a support group for workers at the auto parts company who had to get through not only job losses, but retirement cuts and the loss of health plans.

Retirees tell stories of loss, severe depression, other health problems and divorce as a result. Some of their children put off going to college.

But nothing came of Trump’s memo. Nor did anything happen in the first 18 months of the Biden administration.

Various legislative proposals to help the Delphi workers have come and gone over the years without becoming law. The latest bill, which passed the House on a 254-175 vote, would restore the workers’ benefits and make up for what they’ve lost since 2009.

Members of Congress from both parties, mostly from Michigan, Indiana and Ohio, have sponsored the legislation. The White House itself issued a statement in support of the bill, saying the administration “supports a secure retirement for affected workers.”

But there are skeptics. During House debate on Wednesday, Rep. Bob Good, R-Va., called the measure another “Democrat bailout bill by the sponsors of the nanny state.”

“Why should the constituents of my Virginia 5th District pay for someone else’s retirement plan? he said.

When GM went through bankruptcy in June 2009 due to massive losses during the Great Recession, the company said it would not assume pension liabilities for the Delphi unit’s salaried workers — largely because it didn’t have an agreement with them, as it had negotiated with unions for hourly workers.

The government’s Pension Benefit Guaranty Corp. then assumed responsibility for the 20,000 salaried workers’ pension plan, and cut workers’ and retirees’ monthly benefits if they were larger than the statutory maximum benefit that the agency was guaranteed to pay. As a result, some retirees’ pensions were cut by as much as 70%.

The arrangement played out in conjunction with a deal negotiated by Obama administration officials who led a task force that sank millions of dollars into saving GM.

Part of the rationale was the need to keep union workers from striking, while salaried workers were seen as more expendable. The overarching aim was to preserve the auto industry and head off an even deeper recession.

In January, the Supreme Court denied Delphi retirees’ efforts review their case. The court effectively upheld a federal court’s ruling that the law allows for distressed pension plans to be closed without court approval.

Rep. Dan Kildee, D-Mich., a sponsor of the bill, told The Associated Press the case was “particularly egregious because it was the federal government that engineered the bankruptcy.”

Another sponsor, Rep. Mike Turner, R-Ohio, called it a case where “the federal government picked winners and losers here — and that’s not right.”

Julie Naylor, a 68-year-old former nurse who lives in a suburb of Greenville, South Carolina, says restoring her husband’s pension and health care would mean she could afford basic necessities for her family. Her husband, Bruce Naylor, suffered a stroke after a routine outpatient surgery, caused by an undiscovered a brain tumor. With her husband now partially paralyzed, Julie Naylor says the medical bills have piled up without the health care promised to him.

“We live a very austere life and a very uncertain life,” she said. “I never thought he could lose half of his pension and half of his life savings.”

The legislation would require the government to “top up” the pensions of the salaried Delphi workers, as GM did for the unionized workers.

Bill Kadereit, president of the National Retiree Legislative Network, said that in many ways, the government sacrificed these retirees to make a larger deal.

That’s what made the situation so painful to Muffley.

“I can’t believe our government would do something like this,” he said ahead of the House vote.

And Muffley had a warning for others who may think their own promised benefits are secure: “If the government could do this to us, what else could they do to you?”