Ocasio-Cortez navigates the expectations that come with fame

As Rep. Alexandria Ocasio-Cortez seeks a third term this year and navigates the implications of being a celebrity in her own right, she's determined to avoid any suggestion that she is losing touch with her constituents.
Listen now to WTOP News WTOP.com | Alexa | Google Home | WTOP App | 103.5 FM
(1/15) 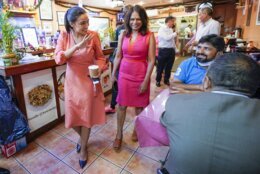 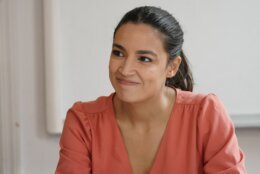 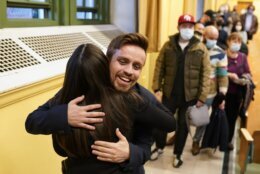 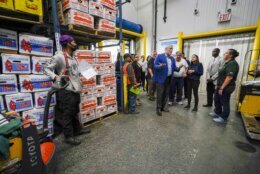 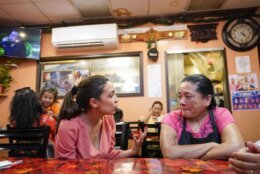 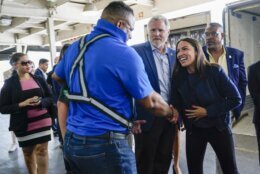 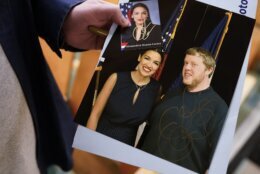 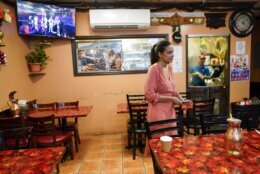 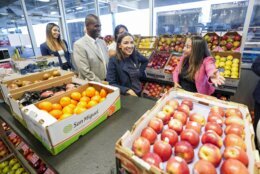 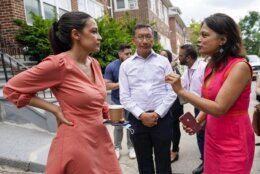 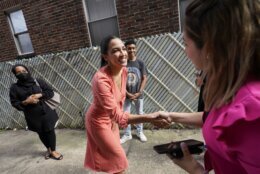 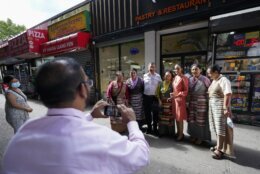 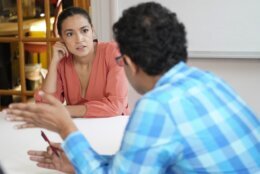 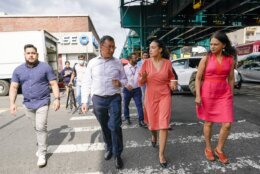 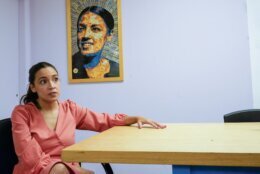 NEW YORK (AP) — Rep. Alexandria Ocasio-Cortez was almost hidden from the street as she stood behind a nondescript building in Queens that a local nonprofit is buying with federal money. But people spotted her anyway, slowly trickling up the sidewalk and forming a small line to get a picture with her.

The New York congresswoman wrapped up her visit, did a quick interview with a Bengali-language TV crew and posed for pictures with the people who were hovering nearby.

For most members of Congress, such swings through the district are routine, an opportunity to connect with voters back home and remind them of the tangible impact of their work on Capitol Hill, such as the $2 million Ocasio-Cortez helped the Queens nonprofit secure as part of a $1.5 trillion government-wide spending bill. But for Ocasio-Cortez, one of the most prominent progressive voices in U.S. politics, such visits carry added significance.

Four years ago, Ocasio-Cortez became famous when she toppled one of the most powerful Democrats in Congress with a message that he was more focused on his political ambitions in Washington than the working-class voters he represented in New York. As she seeks a third term this year and navigates the implications of being a celebrity in her own right, she’s determined to avoid any suggestion that she is losing touch with her constituents.

“It’s always a concern that that’s a perception,” Ocasio-Cortez said in an interview.

“I’ve never had any control over the fact that that kind of phenomenon started the moment I was elected,” she continued. “If anything, that’s why it’s really important for me to continue to be here in the community.”

The intensity of interest in Ocasio-Cortez — and the sometimes misplaced belief that she can solve any problem — is on display during her visits to the district.

A March town hall in the Bronx attracted people like Daron Jones, a 21-year-old who was among those lining up to get a photo with Ocasio-Cortez. He doesn’t live in the district — or even in New York. He drove about an hour from Hoboken, New Jersey, to see Ocasio-Cortez after having watched “Knock Down The House,” a Netflix documentary chronicling her 2018 campaign against then-Rep. Joe Crowley.

“I knew she was big,” he said. “It inspires me how she just is a regular person. She’s just here trying to help the community.”

As she ticked through a slideshow of local U.S. government projects and tax credits newly available under last year’s pandemic-relief laws, it was hard to miss the young people in the audience raising their phones to take pictures of her or the security guards stationed near her at the front of the room.

Nancy Johnson, who lived in the neighborhood, attended the event hoping Ocasio-Cortez could intervene in a dispute with her condominium board over elevator outages and other complaints. The congresswoman expressed sympathy for the challenge and said she was aware of the issue. But, noting that the condominium board was a private entity, she said her office could only counsel her and fellow residents on their options.

“I was very impressed with her and what she’s doing,” Johnson said, but “just a little disappointed that she couldn’t help us or even respond.”

Such high expectations of the 32-year-old Ocasio-Cortez were a reminder of how fame is both an asset and a liability for the congresswoman.

With 13 million followers on Twitter alone, a single social media post by Ocasio-Cortez can draw the type of attention that many veteran politicians can only dream of.

She has raised massive sums of campaign cash from mostly small-dollar donors that she distributes to candidates who share her progressive worldview. Her leadership political action committee has given at least $207,500 to other campaign committees since the start of 2021, according to federal election data.

But her attempts to use her platform to bring attention to candidates or causes she cares about sometimes land with mixed results. Her picks in several high-profile congressional primaries this year from Cleveland to south Texas were defeated by more moderate candidates backed by the Democratic establishment.

Even in her hometown of New York City, the Ocasio-Cortez-backed candidate for mayor was defeated by the more moderate Eric Adams in a crowded Democratic primary last year. The two have developed a fraught relationship, sparring over everything from the city budget and policing to his choice of words when describing some workers as “low skill.”

Perhaps most memorably, she drew scrutiny in September for wearing a dress to the celebrity-packed Met Gala with the words “Tax the Rich” scrawled across the back. While she earned praise from some for the bold message, she was also criticized by some who considered it hypocritical to attend the ultra-exclusive event full of the wealthy and connected.

Ocasio-Cortez is now at something of a crossroads moment.

With Democrats facing steep headwinds to maintain control of the House after this year’s midterms, she is poised to be in the minority for the first time. She is often mentioned as a potential Senate — or even presidential — contender. But she has opted against opportunities to seek higher office, including this year when there was speculation that she might challenge Chuck Schumer, the New York Democrat and Senate majority leader, in a primary.

With the need to appeal to both liberals in New York City and moderate voters upstate, Democrats who win statewide are often centrists, which would make it hard for Ocasio-Cortez to survive a primary if she sought higher office.

“Outside of the very online far-left, she’s not popular,” said Jon Reinish, a Democratic political strategist in New York. “She is considerably to the left of the vast majority of New York voters.”

Ocasio-Cortez said she doesn’t have a clear plan for what comes next for her.

“It’s a common question that I get and it’s not even an intention to be cagey or dismissive. It’s just — I really don’t know,” she said. “I really do try to assess the landscape and see how I can best serve.”

“Personally — this is — I’m already like way beyond anything that I ever thought was possible for my life,” she added. “And so, I do not have this internal craving.”