The House Oversight Committee is demanding the Justice Department provide answers about whether Biden administration officials have any plans to procure the drug used in federal executions despite an ongoing moratorium on capital punishment.
Listen now to WTOP News WTOP.com | Alexa | Google Home | WTOP App | 103.5 FM

WASHINGTON (AP) — The House Oversight Committee is demanding the Justice Department provide answers about whether Biden administration officials have any plans to procure the drug used in federal executions despite an ongoing moratorium on capital punishment.

The demand was made late Wednesday in a letter to Attorney General Merrick Garland by Rep. Jamie Raskin, D-Md., who chairs the panel’s subcommittee on civil rights and civil liberties, and Rep. Ayanna Pressley, D-Mass.

It comes months after Garland halted federal executions following an unprecedented run of capital punishment in the waning months of the Trump administration and ordered a review of the procedures and policies surrounding the practice. The moratorium applies only to executions and doesn’t prohibit prosecutors from seeking the death penalty.

Raskin and Pressley want the Justice Department to provide a briefing to the committee’s staff by Dec. 22 about the review that Garland initiated and its findings, as well as any plans to resume executions, the department’s policies on capital punishment and any plans to procure pentobarbital, the lethal drug used to carry out 13 federal executions in 2020.

Raskin and Pressley said the requested information was needed after the Biden administration argued before the Supreme Court seeking to reinstate the death penalty for convicted Boston Marathon bomber Dzhokhar Tsarnaev. In more than 90 minutes of arguments in October, the court’s six conservative justices seemed likely to embrace the Biden administration’s argument that a federal appeals court mistakenly threw out Tsarnaev’s death sentence for his role in the 2013 bombing, which killed three people near the marathon’s finish line.

“Given its recent actions, we are concerned that DOJ may renew its efforts to obtain pentobarbital from non-FDA-regulated pharmacies for use in future federal executions,” Raskin and Pressley wrote. “This would be consistent with the actions of certain states that have continued using single-drug pentobarbital in state executions.”

Pentobarbital is a barbiturate that depresses the central nervous system and that, given in a high dosage, causes the heart to stop. It doesn’t have widespread medical uses, though it is often used by veterinarians to anesthetize or euthanize animals.

For three federal executions in the early 2000s, a mixture of drugs was used: sodium thiopental, which has a similar affect as pentobarbital; pancuronium bromide, which paralyzes the body; and potassium chloride, a drug that induces cardiac arrest.

But pharmaceutical companies later refused to allow those drugs to be used in executions, forcing the federal government and many state governments to seek an alternative. Then-Attorney General William Barr had approved reworked execution protocols that called for using pentobarbital alone.

Lawyers for at least one of the inmates put to death last year have argued that he suffered “extreme pain” as he received a dose of pentobarbital.

Secrecy surrounded all aspects of the executions.

The Justice Department and the federal Bureau of Prisons have repeatedly refused to provide any details about where the drugs were procured or any specific information about the procedures for how they were administered during the executions.

The Associated Press reported in February that the accounts provided by prison executioners who put the 13 inmates to death were at odds with reports of media witnesses. The prison officials likened the process of dying by lethal injection to falling asleep and called gurneys “beds” and final breaths “snores.”

Those tranquil accounts contrasted with reports by The Associated Press and other media witnesses of how prisoners’ stomachs rolled, shook and shuddered as the pentobarbital took effect inside the U.S. penitentiary death chamber in Terre Haute, Indiana. The AP witnessed every execution. 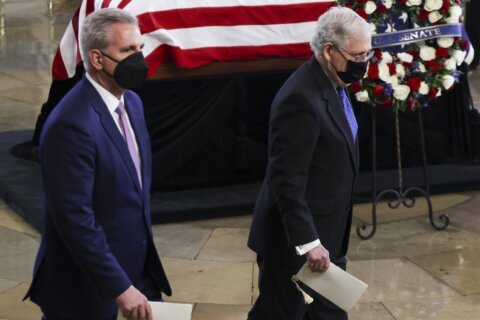 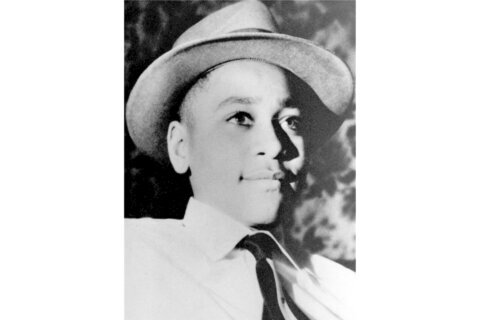