Biden asking Democrats do so much with so little in Congress

Rarely have the leaders of Congress been asked to do so much, with so little, as in navigating President Joe Biden’s big domestic vision into law.
Listen now to WTOP News WTOP.com | Alexa | Google Home | WTOP App | 103.5 FM

WASHINGTON (AP) — Rarely have the leaders of Congress been asked to do so much, with so little, as in navigating President Joe Biden’s big domestic vision into law.

Reaching for FDR-style accomplishments with slimmer-than-ever Democratic majorities has been politically messy at best, arduous at worst, and about to become even more daunting for the president and his party.

Fresh off passage of Biden’s $1 trillion bipartisan infrastructure bill, Democrats are reviving his even bigger $1.85 trillion package for expanding health, child, elder care and climate change programs. Anxious to show voters a deliverable after dismal election results last week, the party’s congressional leaders will try to muscle the massive bill past staunch Republican opposition in an ambitious, if fraught, undertaking beyond almost any other in modern American history.

“There’s just no good precedent for what Democrats are seeking to do, and I really wouldn’t be surprised to see them fail,” said Frances Lee, the associate chair of the Politics Department at Princeton University

“I can’t think of any parallel. I mean, I can think of some big bills, but nothing this big.”

It’s not just that the package is giant — even at half its original $3.5 trillion size — Biden’s 2,135-page proposal is made up of so many far-reaching policies and programs that even lawmakers who support the framework have had trouble explaining it all.

And Democrats are trying to pass Biden’s big bill on their own, relying on their fragile hold on Congress to push it past the opposition in ways Franklin Roosevelt, Lyndon Johnson and other modern presidents didn’t have to contend with.

The Congress hasn’t been this narrowly split in 20 years, with a Democratic margin of just a few seats in the House and the rare 50-50 split Senate. That’s given rise to new political power centers. Progressives, centrists and even the power-center of a single senator — West Virginia’s Joe Manchin or Arizona’s Kyrsten Sinema — all have oversized influence to dictate terms of a deal and the schedule of votes.

While Friday night’s infrastructure bill enjoyed Republican support in both the House and earlier in the Senate, a rare bipartisan accord, that won’t be the case going forward on the “Build Back Better Act” that is an echo of Biden’s presidential campaign promises.

“The question is: Can I get all of those votes? This is a process,” Biden told reporters at the White House on Saturday as he celebrated the passage of one bill and acknowledged the challenge in the days and weeks ahead.

“You didn’t believe we could do any of it. And I don’t blame you,” he said to the press as well as the viewing American voters. “Because you look at the facts, you wonder, ‘How is this going to get done?’”

Roosevelt launched his New Deal programs at the start of his first term amid the Great Depression, his landslide election swelling the Democratic hold on Congress to more than 300 members early in his presidency. Johnson’s Great Society bills benefitted from similarly big Democratic majorities in Congress. He had nearly 300 House Democrats in 1965.

And, unlike today, both earlier administrations were able to find crossover support from minority-party Republicans for some aspects of their agendas.

“We don’t have landslides anymore,” said Sarah Binder, a political science professor and expert on Congress at George Washington University. “So the demand for government to step in to do something was quite a bit larger than what’s here today.”

While even Republican Ronald Reagan had help from Democrats for a balanced budget bill in 1981, today’s locked-in partisanship splits the country along geographic, cultural and and political lines, leaving more recent administrations to take a go-it alone approach.

Barack Obama heaved the Affordable Care Act into law on party-line votes with much bigger margins — at one point the Democrats had 60 members in the Senate — that initially allowed his party to overcome Republican filibusters. Final passage of the bill, though, which came to be known as Obamacare, relied on a similar filibuster-dodging budget reconciliation process to the one Biden is using.

Donald Trump failed to repeal Obamacare when Republicans had control of Congress in his first year as president, but the party powered through GOP tax changes with the same majority-only budget process on a party-line vote at the end of 2017.

House Speaker Nancy Pelosi is determined to push ahead with just a few votes to spare on Biden’s big bill once lawmakers return next Monday.

“We must, as John Lewis said, ‘keep our eyes on the prize,’” Pelosi wrote, invoking the late congressman and civil rights leader, in a letter late Sunday to colleagues.

Already, centrist Democrats in the House have signaled their reluctance, while progressives have indicated a willingness to give at least a little ground.

The Senate terrain is even more perilous. Democratic Majority Leader Chuck Schumer is the first party leader in some two decades to navigate a 50-50 split in what’s now a wholly different era producing self-styled mavericks and zero crossover votes.

Manchin will almost certainly still exert his power try to strip out what he doesn’t like, from climate change provisions to a new paid family leave program. And in the evenly split chamber, any senator can make demands before they vote. Others surely will.

Republican Minority Leader Mitch McConnell on Monday revived his attack on Biden’s bill as a “reckless tax-and-spending” spree. He has argued that Biden was not elected with a mandate for his proposals.

“I don’t think the American people are interested in seeing this go any further,” McConnell said at a stop in Kentucky.

Lee, the Princeton political science professor, said if Democrats are able to push Biden’s bill to passage it will be a sizable accomplishment. And if they don’t there will be “a lot of hand wringing and anger” from the party’s base of supporters.

All told, “People should be aware that what they’re attempting to do is really a high wire act.”

This story has been corrected to show the domestic agenda package is $1.85 trillion, not $1.75 trillion. 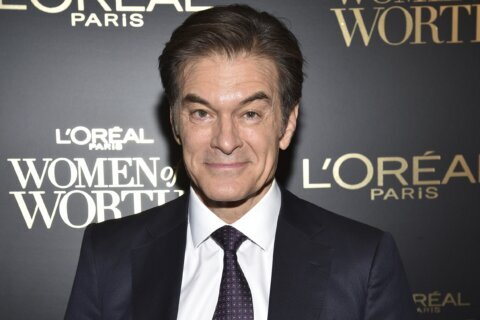 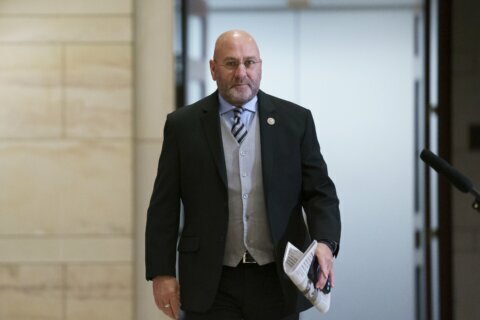