Washington — Democratic Congressman André Carson of Indiana said Sunday that he wants Congress to conduct hearings on purported sightings of UFOs in the wake of a Pentagon report examining the so-called “unidentified aerial phenomena” (UAPs).

In an interview with “Face the Nation,” Carson, who chairs the subcommittee on counterintelligence and counterproliferation on the House Intelligence Committee, said it is his “hope” there will be a “series of hearings,” including one that is public, in the “very near future.”

“The report is inconclusive. What we do know is that … there have been nearly 150 sightings. Eighty of those sightings have been detected with some of the best technology the world has ever seen,” Carson said. “And we can’t rule out something that’s otherworldly, but that’s a very small percentage.”

In a long-awaited unclassified report released last month, a task force assigned to report on UAPs said it found no evidence the objects came from outer space or from a foreign adversary. But of the more than 140 incidents investigated by the government, the Pentagon said many were unexplained.

Officials were able to identify one reported UAP with a high-degree of confidence, saying it was a “large, deflating balloon.”

Government officials said there was no doubt the UAPs were physical objects, quieting speculation the incidents were the result of optical illusions caused by atmospheric conditions or sensor malfunctions.

Carson said the objects pose a technical and national security concern and called it “curious” that many of the sightings have occurred around military installations.

“We don’t want our adversaries to have, one, a technological advance over us in terms of what they can do with their capabilities,” he said.

The congressman said the government has to explore a wide range of possibilities regarding the purported sightings, including natural phenomena, weather balloons, drones or aircraft “that we may not be able to understand.”

“If it is otherworldly, we have to take into account our advancements in terms of our cell phone technology and why aren’t these images being captured?” Carson continued. “We have to think about the nearly 4,000 satellites that are orbiting the Earth right now. Most of those satellites have cameras attached to them. Why hasn’t any of that information been released? And so we still want to make sure that our adversaries don’t have a technological edge on us, but we still can’t rule out that 2-6% that could be something we can’t explain, maybe even otherworldly.”

Asked if he believes life exists beyond Earth, Carson said it would be “arrogant to say that there isn’t life out there.”

“Certainly I believe that there’s something in the expanse of the universe. Now, the question is, is there life in our solar system? Perhaps the moons of some of our planets will give us clues. Maybe there’s microbial life. Maybe there’s life in some of the oceans on the moons,” he continued. “We’ll find out very soon, hopefully.” 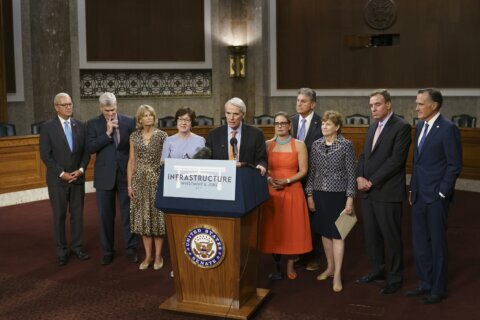