WASHINGTON (AP) — Senate Republicans got a civics lesson Wednesday on their roles in an impeachment trial. Rule No. 1: No talking in class.

Senate Majority Leader Mitch McConnell led the lesson Wednesday as the chamber’s top Republican and as one of a handful of Republicans remaining in the Senate from the 1999 impeachment trial of President Bill Clinton.

McConnell promised that “we intend to do our constitutional responsibilities” and warned that senators won’t be allowed to speak because they are jurors. McConnell said such silence “would be good therapy for a number of them.”

The Clinton trial lasted six weeks. One dramatic moment came when Democrat Robert C. Byrd of West Virginia — who was appalled by Clinton’s behavior but concluded it didn’t merit conviction and removal from office — received a vote on a motion to dismiss the case. Byrd lost, but it demonstrated that there was no way the Democratic president would be convicted by the required two-thirds majority of the Senate.

McConnell told Republicans that under the rules a motion to dismiss might be made this time by President Donald Trump’s defense team. That could cut any trial short.

The Clinton trial featured fits and starts, but ultimately, the top Democrats and Republicans in the chamber developed a set of rules and procedures to guide their deliberations.

McConnell had vowed in a fundraising pitch that “the way impeachment stops is with a Senate majority with me as majority leader.”

In fact, all it would take is 34 of the 53 Republicans in the chamber to vote “not guilty” to acquit Trump, which is commonly seen right now as a foregone conclusion.

Republican Sen. Kevin Cramer of North Dakota said, “One of the hardest things for senators to accept is they are not in charge of their own chamber.”

Added Cramer: “I hope we don’t have to live through it. I hope we can just read about the last one.” 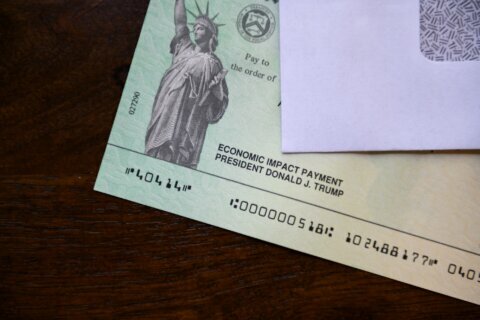 Stimulus chatter is back. Don’t get your hopes up