The wood-fired pizzas from D.C.’s Timber Pizza Co. are a favorite among critics and locals, alike, and now, Virginians don’t need to venture into the District for a taste.
Listen now to WTOP News WTOP.com | Alexa | Google Home | WTOP App | 103.5 FM

The wood-fired pizzas from D.C.’s Timber Pizza Co. are a favorite among critics and locals, alike, and now, Virginians don’t need to venture into the District for a taste. The team behind the Petworth pie shop recently opened Turu’s in the renovated food hall at Ballston Quarter — and at this new outpost, chef Daniela Moreira is serving up New York-style slices.

“There are very few people doing New York-style slices, and nobody’s doing it in a wood-fired oven. So we thought, why don’t we combine the beautiful wood-fire cooking of Timber with a classic New York slice,” said Timber Pizza Co. co-owner and founder Andrew Dana.

Dana said the move into the Quarter Market food hall is one that just made sense. Timber had a presence at the Ballston farmers market for years — “and we just really created quality relationships in the community and built a nice following,” Dana said.

Plus, the idea of working alongside a number of other local food businesses appealed to Dana, who is also behind the popular Call Your Mother bagel shop and deli in D.C.’s Park View neighborhood.

“A lot of them are friends of ours [that we] sort of came up through the farmers market circuit with,” Dana said about the other vendors at Quarter Market, which include Rice Crook, Ice Cream Jubilee, Hot Lola’s, and Sloppy Mama’s BBQ.

“It’s got this nice communal neighborhood vibe, and it’s all brand-spanking new.” 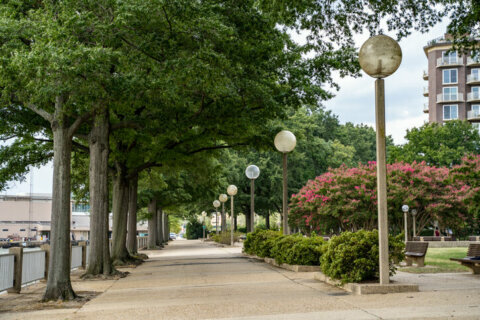 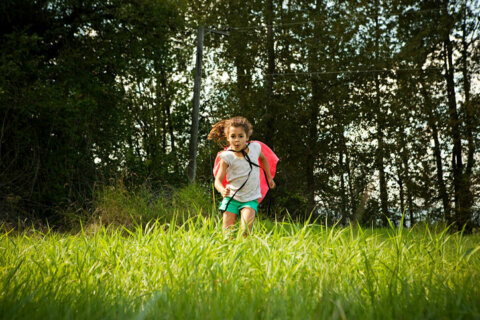 Community Spotlight: Take a yoga class in your own home