René Auberjonois, a prolific actor best known for his roles on the television shows “Benson” and “Star Trek: Deep Space Nine” and his part in the 1970 film “M.A.S.H.” playing Father Mulcahy, has died. He was 79.

LOS ANGELES (AP) — René Auberjonois, a prolific actor best known for his roles on the television shows “Benson” and “Star Trek: Deep Space Nine” and his part in the 1970 film “M.A.S.H.” playing Father Mulcahy, has died. He was 79.

The actor died Sunday at his home in Los Angeles of metastatic lung cancer, his son Rèmy-Luc Auberjonois told The Associated Press.

René Auberjonois worked constantly as a character actor in several golden ages, from the dynamic theater of the 1960s to the cinema renaissance of the 1970s to the prime period of network television in the 1980s and 1990s — and each generation knew him for something different.

For film fans of the 1970s, he was Father John Mulcahy, the military chaplain who played straight man to the doctors’ antics in “M.A.S.H.” It was his first significant film role and the first of several for director Robert Altman.

For sitcom watchers of the 1980s, he was Clayton Runnymede Endicott III, the hopelessly highbrow chief of staff at a governor’s mansion on “Benson,” the ABC series whose title character was a butler played by Robert Guillaume.

And for sci-fi fans of the 1990s and convention-goers ever since, he was Odo, the shape-shifting Changeling and head of space-station security on “Star Trek: Deep Space Nine.”

“I am all of those characters, and I love that,” Auberjonois said in a 2011 interview with the “Star Trek” website. “I also run into people, and they think I’m their cousin or their dry cleaner. I love that, too.”

William Shatner said that “to sum up his life in a tweet is nearly impossible. To Judith, Tessa & Remy I send you my love & strength. I will keep you in my thoughts and remember a wonderful friendship with René.”

George Takei tweeted: “”Star Trek fans knew him as Odo from Deep Space Nine. We knew him as René. He was a wonderful, caring, and intelligent man. He shall be missed. When I look out to the stars, I shall think of you, friend.”

Auberjonois was born in New York in 1940, the son of Fernand Auberjonois, Swiss-born foreign correspondent for U.S. newspapers, and the grandson of a Swiss post-impressionist painter also named René Auberjonois.

The younger René Auberjonois was raised in New York, Paris, and London, and for a time lived with his family in an artists’ colony in Rockland County, New York, whose residents included the actors John Houseman, Helen Hayes and Burgess Meredith.

After graduating from college at Pittsburgh’s Carnegie Institute of Technology, now Carnegie Mellon, Auberjonois hopped around the country joining theater companies, eventually landing three roles on Broadway in 1968, including playing the Fool in a long-running version of King Lear.

The following year he would play Sebastian Baye opposite Katharine Hepburn in “Coco,” a play on the life of designer Coco Chanel that would earn him a Tony for best actor in a leading role in a musical.

In 1970, Auberjonois began his run with Altman, playing Mulcahy in “M.A.S.H.”

In his most famous exchange from the movie, Sally Kellerman’s Margaret Houlihan wonders how such a degenerate doctor as Donald Sutherland’s Hawkeye Pierce could reach a position of responsibility in the U.S. Army.

A bible-reading Auberjonois responds, deadpan: “He was drafted.”

“I actually made that line up when we were rehearsing the scene,” Auberjonois said on the podcast “The Gist” in 2016. “And it became a kind of an iconic line for the whole film.”

The same year he played an off-the-wall ornithologist in Altman’s “Brewster McCloud,” played a saloonkeeper alongside Warren Beatty in the director’s western “McCabe & Mrs. Miller” in 1971 and appeared in Altman’s “Images” in 1972.

He spent much of the rest of the 1970s doing guest spots on TV shows before joining the cast of “Benson” in its second season in 1980, where he would remain for the rest of the show’s seven seasons, playing the patrician political adviser and chronic hypochondriac Endicott.

Much of his later career was spent doing voices for animation, most memorably as the French chef who sings the love song to fish-killing “Les Poissons” in Disney’s 1989 “The Little Mermaid.”

He played Odo on “Deep Space Nine” from 1993 until 1999 and became a regular at “Star Trek” conventions, where he raised money for Doctors Without Borders and signed autographs with a drawing of Odo’s bucket, where the character would store himself when he returned to his natural gelatinous state.

Auberjonois was also a regular on the ABC law-firm dramedy “Boston Legal” from 2004 to 2008.

Late in his career, Auberjonois would work with independent filmmakers including the artful director Kelly Reichardt, for whom he appeared in 2016’s “Certain Women” and 2019’s “First Cow,” his final role.

This story has been corrected to say that the “Star Trek: Deep Space Nine” show ran until 1999. 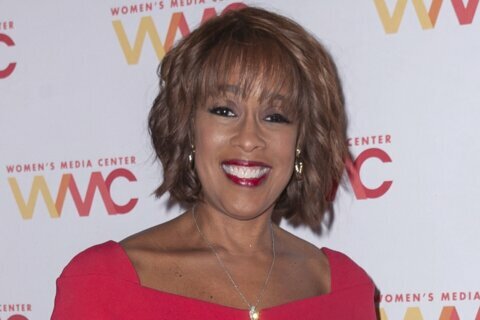 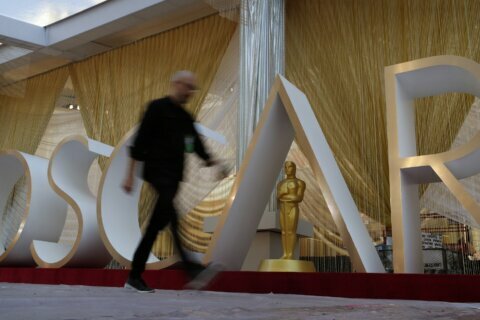 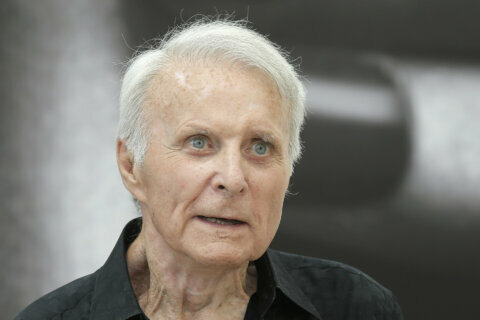