On March 18, 1963, the U.S. Supreme Court, in Gideon v. Wainwright, ruled unanimously that state courts were required to provide legal counsel to criminal defendants who could not afford to hire an attorney on their own.

In 1922, Mohandas K. Gandhi was sentenced in India to six years’ imprisonment for civil disobedience. (He was released after serving two years.)

In 1925, the Tri-State Tornado struck southeastern Missouri, southern Illinois and southwestern Indiana, resulting in some 700 deaths.

In 1937, in America’s worst school disaster, nearly 300 people, most of them children, were killed in a natural gas explosion at the New London Consolidated School in Rusk County, Texas.

In 1940, Adolf Hitler and Benito Mussolini met at the Brenner Pass, where the Italian dictator agreed to join Germany’s war against France and Britain.

In 1942, President Franklin D. Roosevelt signed an executive order authorizing the War Relocation Authority, which was put in charge of interning Japanese-Americans, with Milton S. Eisenhower (the younger brother of Dwight D. Eisenhower) as its director.

In 1965, the first spacewalk took place as Soviet cosmonaut Alexei Leonov went outside his Voskhod 2 capsule, secured by a tether.

In 1974, most of the Arab oil-producing nations ended their 5-month-old embargo against the United States that had been sparked by American support for Israel in the Yom Kippur War.

In 2017, Chuck Berry, rock ‘n’ roll’s founding guitar hero and storyteller who defined the music’s joy and rebellion in such classics as “Johnny B. Goode,” ″Sweet Little Sixteen” and “Roll Over Beethoven,” died at his home west of St. Louis at age 90.

In 2018, Vladimir Putin rolled to a crushing reelection victory for six more years as Russia’s president.

Ten years ago: President Barack Obama demanded that Moammar Gadhafi halt all military attacks on civilians and said that if the Libyan leader did not stand down, the United States would join other nations in launching military action against him. At a massive demonstration against Yemen’s government, snipers fired on protesters and police blocked an escape route; dozens were killed, including children. Former Secretary of State Warren M. Christopher died in Los Angeles at 85. Princess Antoinette of Monaco, the late Prince Rainier III’s oldest sister and a prominent advocate for animal rights, died at 90.

Five years ago: A jury in St. Petersburg, Florida, sided with ex-pro wrestler Hulk Hogan, awarding him $115 million in compensatory damages in his sex tape lawsuit against Gawker Media. (Three days later, the jury awarded $25 million in punitive damages; Gawker, which ended up going bankrupt, finally settled with Hogan for $31 million.) Police in Brussels captured Europe’s most wanted fugitive, Salah Abdeslam, who was the prime suspect in the deadly 2015 Paris attacks. North Korea ignored U.N. resolutions by firing a medium-range ballistic missile into the sea.

One year ago: The U.S. and Canada agreed to temporarily close their shared border to nonessential travel. Describing himself as a “wartime president,” President Donald Trump said he would invoke emergency powers to let the government steer production of needed medical supplies by private companies. Trump signed a $100 billion aid package to boost testing for the coronavirus and guarantee sick leave to workers who become ill. As fears of a prolonged recession caused by the virus took hold, the S&P 500 sank 5%; the Dow shed more than 1,300 points and had lost nearly all of the big gains posted since Trump’s inauguration. 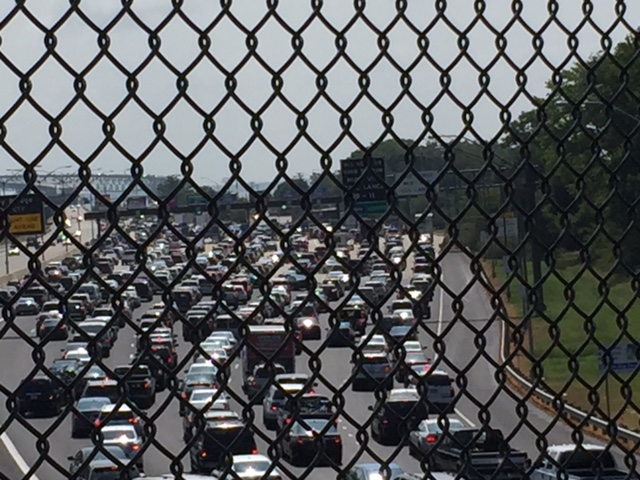