TORONTO (AP) — German leader Olaf Scholz said Monday he’s working as fast as he can to reduce Germany’s dependence on Russia for energy, but Canadian Prime Minister Justin Trudeau said a business case would be needed to send gas from Canada to Europe.

Scholz, who took over from Angela Merkel late last year, is in Canada this week and will sign a deal with Trudeau to supply clean hydrogen to Germany.

“Canada plays a really, really central role for the development of green hydrogen,” Scholz said. “That’s why we are very glad to be able to expand our cooperation in this area on this occasion too.”

He said Germany would like to be a partner of Canada in the future export of green hydrogen, but in the meantime natural gas will be needed. Trudeau, however, played down the likelihood of direct gas exports to Germany due to logistical constraints and costs. Trudeau said it would need to make business sense.

“There are a number of potential projects that are in the books for which there has never been a strong business case,” Trudeau said. “It needs to make sense for Germany to important LNG from the east coast.”

Scholz thanked Canada for allowing the export, despite sanctions on Moscow, of a refurbished turbine that Russia said it needed to continue providing natural gas to Europe through the Nord Stream 1 pipeline. The fact Russia has yet to request the needed turbine, which is currently in Germany, showed the Russian claims about technical issues hampering gas supplies to Russia were a ruse, he said.

“Russia is no longer a reliable business partner,” Scholz said. “It has reduced gas deliveries everywhere in Europe, always referring to technical reasons that never existed. And that’s why it’s important not to walk into (Russian President Vladimir) Putin’s trap.”

Russia’s Gazprom reduced gas deliveries through the Nord Stream 1 pipeline to Germany by 60% in June. The state-owned gas company cited alleged technical problems involving the turbine that partner Siemens Energy sent to Canada for overhaul and couldn’t be returned because of sanctions imposed over Russia’s invasion of Ukraine.

The pipeline will also shut down for three days of maintenance at the end of this month, Gazprom announced last week, raising economic pressure on Germany and other European countries that depend on the fuel to power industry, generate electricity and heat homes.

Scholz said Russia is trying to split allies who support Ukraine and this should never succeed.

Natural gas prices have surged as Russia has reduced or cut off natural gas flows to a dozen European Union countries, fueling inflation and raising the risk that Europe could plunge into recession. Germans have been urged to cut gas use now so the country will have enough for the winter ahead.

Scholz said Germany is building a lot of ports and pipelines on the northern shores of Germany and many other places to allow for LNG imports.

“We are working hard to become independent of this gas supply and we are doing a lot of investments to make it happen and we are doing it as fast as every possible. Never has such an infrastructure been built in Germany in that a short time,” Scholz said. 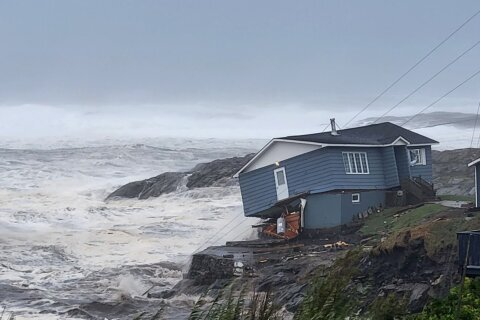 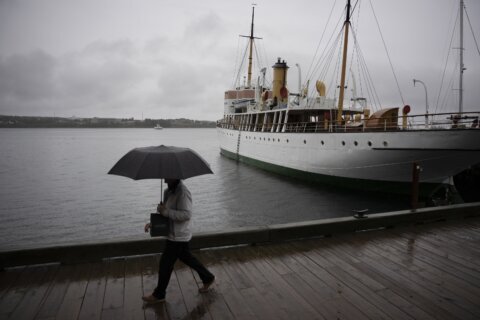