OTTAWA, Ontario (AP) — Canada’s official opposition party wants Prime Minister Justin Trudeau to use his time at the G7 Leaders’ Summit to take a stand against China and call for the 2022 Winter Olympics to be moved from Beijing.

Conservative Leader Erin O’Toole sent the letter Friday as Trudeau is set to convene with other world leaders in the United Kingdom next week.

As the leader of the host nation, British Prime Minister Boris Johnson plans to focus the meeting on efforts to fight COVID-19 and making an economic comeback from the pandemic.

Working with allies on ways to stand up to “the threat the Communist Chinese regime poses” is one of the main tasks O’Toole outlines in his letter for the upcoming summit.

“As the Prime Minister, I also implore you to also use your voice on the world stage to call for the relocation of the 2022 Winter Olympics out of Beijing,” the letter reads.

“Canada should not be sending its athletes to compete there while a genocide is being committed against Uyghurs, and two Canadian citizens Michael Kovrig and Michael Spavor, remained detained.”

Trudeau has said his government is working “tirelessly” to bring both men home.

He has also rebuked China for its arbitrary detention of the pair, which Trudeau views as an attempt to exert political pressure on Canada, following the 2018 arrest of senior Huawei Technologies executive Meng Wanzhou so she can be extradited to the United States to face fraud charges. 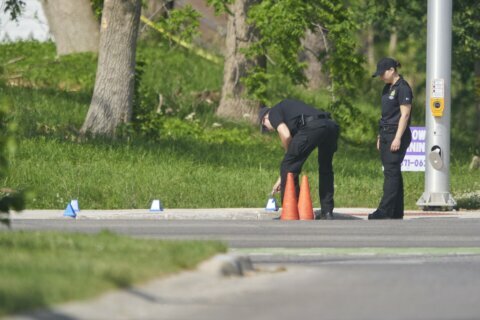