MONTREAL (AP) — Two activist groups on Wednesday called for Canada’s government to prosecute a man believed to be living in Canada who they say was involved in the massacre of more than 200 people in Guatemala in 1982.

The Canadian government has been attempting to strip former Guatemalan soldier Jorge Vinicio Sosa Orantes of Canadian citizenship since 2017 on the grounds that he was an active participant in the massacre and lied about his role when he applied for citizenship.

In documents filed in federal court, Sosa Orantes has said he was not even in the village of Las Dos Erres when the killings took place.

Lawyers Without Borders Canada and the Canadian Partnership for International Justice said at a news conference that Canada shouldn’t become a retirement destination for alleged war criminals and that he should be prosecuted for crimes against humanity and war crimes.

In 2014, Sosa Orantes was sentenced to 10 years in prison in the United States for lying about his role in the Guatemalan civil war in his U.S. citizenship application.

U.S. court records show he was released from prison in July 2019 but remained detained by immigration authorities until late 2020, and the groups say they were informed by an American nongovernmental organization that he has since been deported to Canada.

The Canadian government has said in court filings it believes Sosa Orantes was a senior member of a military special forces unit and directed other soldiers as they tortured, raped and killed villagers.

It also alleges he threw a grenade and fired a gun into a well where victims, some still alive, had been thrown.

U.S. prosecutors have said Sosa was a member of a special forces patrol that went to Dos Erres in December 1982 to search for weapons believed stolen by guerrillas. The weapons were never found and prosecutors say the patrol decided to kill the villagers after some of the soldiers began raping the women.

More than two decades later, Sosa failed to mention his military service or role in the massacre on his application to become an American citizen even though the paperwork inquired about affiliations and past crimes, prosecutors said.

Sosa left Guatemala in 1985 and sought asylum in the United States, claiming he was fleeing Guatemalan guerrillas. After being denied asylum in the U.S., he visited the Canadian consulate in San Francisco to seek haven in Canada. He was granted refugee status, eventually becoming a permanent resident and citizen of Canada.

He later married an American and applied for naturalization in the U.S. in 2007. 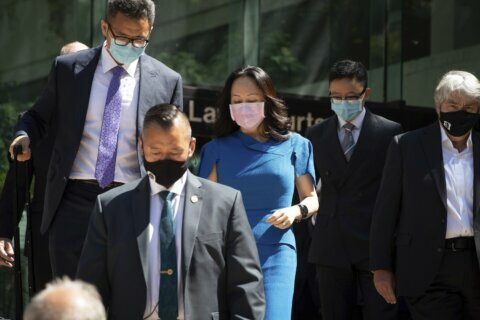 Canada to fast-track resettlement of Afghans who helped it