A Toronto police spokesperson said Monday police constables and sergeants who respond to emergency calls where medical assistance may be required have been moved to the current phase by Ontario’s provincial government.

A police spokesperson said 2,250 of Toronto’s nearly 5,000 officers are eligible.

Stephen Warner, a spokesman for Ontario’s Solicitor General, said phase one of the province’s vaccination roll-out has always included front-line personnel who provide direct health care services where there is an increased risk of exposure to COVID-19.

The Ontario provincial government has said those 80 and above in the general public will start getting vaccinated in the third week of March, but some regions of the province have already started vaccinating those residents while the province sets up a website to make appointments. York region, a suburb of Toronto, has set up a website allowing for online bookings and Halton, a suburb to the west of Toronto, is also about to do so.

Authorities haven’t said which essential workers will be vaccinated but police started to get doses Monday. Dr. David Williams, Ontario’s chief medical officer, said the list has not been finalized. 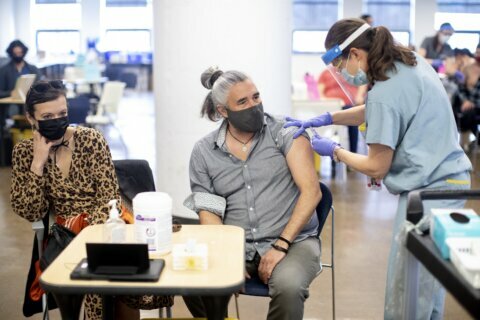