TORONTO (AP) — Prime Minister Justin Trudeau tried Friday to reassure Canadians his plan to vaccinate them is working despite mounting criticism his government is not getting vaccines soon enough.

Trudeau said there is “a lot of anxiety and a lot of noise,” but said Canada is still on track to get 6 million doses of Pfizer and Moderna vaccines by the end of March and 20 million in the spring.

“We are very much on track,” Trudeau said.

About 2.3 percent of Canada’s population has received at least one dose compared to more than 8.8 percent for the U.S. Most countries around the world have been struggling to vaccinate people quickly. But Canadians are comparing their country to world-leading Israel and the neighboring U.S.

Both Pfizer and Moderna have cut the number of doses Canada expected to get thus far, but Trudeau says he still expects to get 4 million doses from Pfizer and 2 million from Moderna by the end of March.

Trudeau said they are still very much on track based on what the chief executives of the companies keep telling him.

Canada didn’t get any Pfizer doses last week after the company announced a temporary reduction in deliveries so that it could upscale its Puurs, Belgium, plant to handle more production. That plant supplies all Pfizer shots delivered outside the U.S. Moderna has also had trouble scaling up production.

Trudeau reiterated that Canada has signed contracts with seven different vaccine makers and he expects Canada will get more doses per person than any other country in the world. He reiterated that everyone who wants to be vaccinated will be by September. Officials says they have agreements to import 10 doses per Canadian. Canada has a population of 37 million.

Canada does not have domestic vaccine production and the government has been getting shipments from Europe instead of the U.S., its closest ally.

Trudeau and President Joe Biden have spoken about Pfizer’s Kalamazoo, Michigan plant and Canada’s health regulator has approved that plant to supply the Canadian market, but any vaccines made in America might not be allowed to be exported despite a change in administrations.

“We’re focused on ensuring that the American people are vaccinated, that we are getting as many shots in the arms of Americans as possible,” White House Jen Pasaki press secretary said this week.

The European Union has talked about a vaccine export ban, but Trudeau has said he’s been reassured by top EU officials that Canada will still get its contracted doses.

Trudeau also defended Canada’s arrangement for getting doses from the COVAX program coordinated by the World Health Organization, which seeks to ensure that low- and middle-income countries have enough vaccines at a time when wealthy nations have snapped up a large part of the billions of upcoming doses from mostly Western vaccine makers.

“When wealthier countries invest in COVAX, half of that funding is to get doses at home, and the other half is to buy doses for low- and middle-income countries,” Trudeau said. “Our contribution was always intended to access vaccine doses for Canadians as well as to support lower income countries.”

Trudeau said through COVAX, and pending Health Canada approval, Canada will receive at least 1.9 million doses of the AstraZeneca vaccine before the end of June. He said that’s addition to the 20 million doses Canada has already secured itself from AstraZeneca.

“The reality is that Canada does not have domestic capacity to produce the vaccines and some other countries do. People are impatient because their hopes were boosted, it is mid-winter, and they are looking to escape this plague,” Wiseman said.

Wiseman said Trudeau was blindsided by the pharma companies who said they would deliver more doses earlier and have now retracted on what they said.

“Trudeau’s poll numbers are down but if we see millions of doses arriving in March-April, the heat will be off,” Wiseman said. 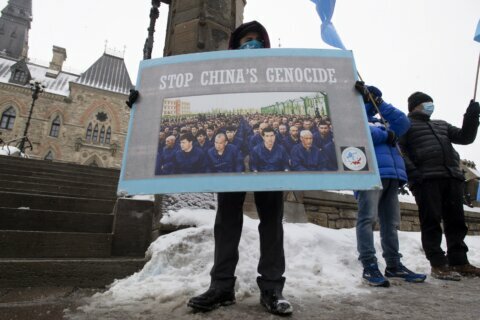 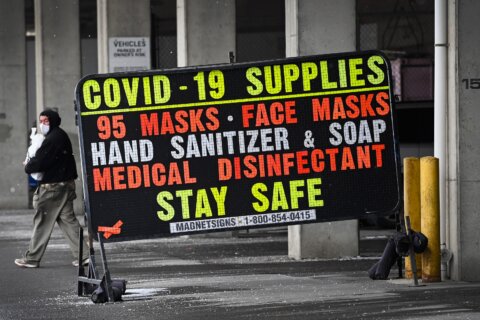