GATINEAU, Quebec (AP) — A union federation representing 45,000 teachers in Quebec is suing the Canadian province over its ban on the wearing of religious symbols by many public employees.

The lawsuit by the Fédération Autonome de l’Enseignement challenges a state secularism law passed this year that prohibits some civil servants from wearing symbols of religion, such as hijabs and crosses, while at work.

The most contentious rule is that any new police officers, judges, lawyers and teachers are banned completely from wearing any religious symbols while on duty. Existing employees get an exception as long as they keep the same job.

Other public sector workers, including doctors, bus drivers and social workers, can wear symbols that don’t cover their faces.

The lawsuit, prepared by the Montreal-based firm Gattuso Bourget Mazzone, contains a list of alleged violations by the province.

Rémi Bourget, partner and lead lawyer representing the union, said that in order to pass the bill, the Quebec government suspended Canadians’ constitutional rights to freedom of religion and equality without discrimination.

“We want the court to declare that the rights of our members were violated by this government; the right to freedom of religion, of course, but also the right to equality, because the vast majority — if not the totality — of the people who will be impacted are women,” Bourget told The Associated Press. In Quebec, 75 percent of teachers are women, he said.

A student studying to become a teacher and Montreal’s English school board are among those who have also filed lawsuits.

Nour Farhat, who wears a Muslim hijab and studied law to become a prosecutor, is among those affected by the law.

The religious symbols law means she can’t represent the state as long as she wears a hijab. So she’s fighting from the other side. She was hired to represent teachers opposing the law and will be in court to argue against it — in her hijab.

“I can’t work with the government; they don’t want me to work with them. Well, now I have the opportunity to work against them,” Farhat said.

The 28-year-old lawyer said the law known as Bill 21 has encouraged racist beliefs and behaviors in the province.

She said she began receiving insults and death threats by email after a French-language law journal published her op-ed criticizing Bill 21.

The Quebec provincial government, for its part, intends to take its religious neutrality bill to the Supreme Court if necessary.

The French-speaking province of Quebec has struggled for years with the question of religious accommodations for minorities. Premier François Legault has warned Canadian Prime Minister Justin Trudeau not to meddle with provincial law.

The lawsuits come at a time when anti-Muslim sentiment is growing in Quebec. In Montreal so far this year, Muslims make up 58 percent of the people targeted in hate crimes, according to police. More incidents go unreported. 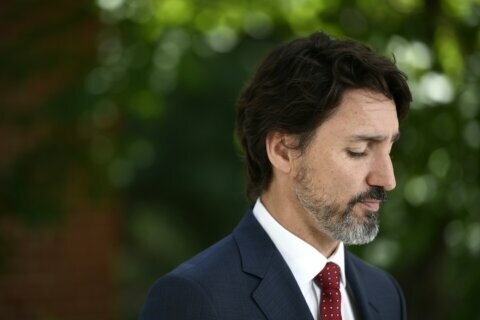 Trudeau apologizes for not recusing himself from decision 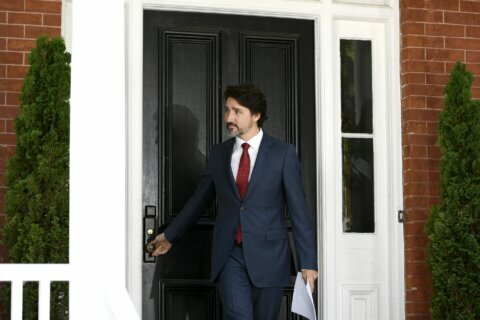