Fatalities reported in crash of small plane in Ontario

KINGSTON, Ontario (AP) — Police in Kingston, Ontario, say there are fatalities’ after a small plane crashed in a wooded area within…

KINGSTON, Ontario (AP) — Police in Kingston, Ontario, say there are fatalities’ after a small plane crashed in a wooded area within the city limits.

The police force says in a tweet late Wednesday night that the aircraft has been located and officers are securing the scene until Transport Canada arrives to join the investigation.

Constable Ash Gutheinz says the aircraft went down around the supper hour Wednesday and residents of the area were not at risk.

Investigators have not released information on how many people were on board.

Police also won’t release the make of the aircraft or say whether it is a private or commercial plane.

Transport Canada says it is aware of the crash. 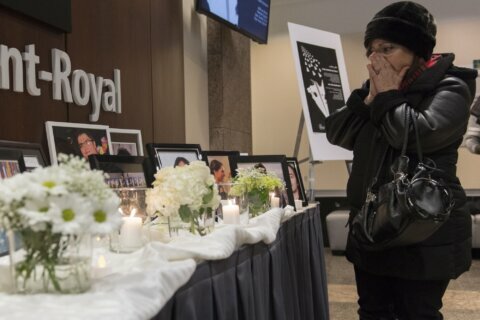