WASHINGTON (AP) — Floridians will need about $33 billion in emergency aid from the federal government as the state recovers from the devastation left by Hurricane Ian, the state’s Republican Sen. Marco Rubio said Wednesday.

Rubio said the federal government has an important role to play in Florida’s recovery. He said the $33 billion is only an initial assessment of what will be needed and cautioned that the tally is likely to grow.

“I plan to make sure our state receives the emergency relief it needs to fully rebuild,” Rubio said in a statement.

The Army Corps of Engineers needs more than $12 billion to help repair shorelines, dredge navigation channels and increase coastal resilience, Rubio said. The next largest share of funding, $10 billion, would go to the Federal Emergency Management Agency, which helps families with temporary housing, cleanup and financial assistance to meet critical needs such as food, water and prescriptions.

Rubio said nearly $3 billion is needed for the Department of Agriculture to cover costs from loss of crops and trees.

Florida’s lawmakers from both parties are keen on assuring voters going into the mid-term elections next month that they are fighting for the state when it comes to federal disaster aid. Rubio is running for a third term against Democratic Rep. Val Demings, who is emphasizing her role as chairwoman of a House panel that oversees FEMA’s work.

Congress faces a mid-December deadline to fund the government, giving lawmakers a prime opportunity to include disaster aid before the end of the year. But Rubio has warned that aid for Florida should be kept separate.

“We are capable in this country, in the Congress, of voting for disaster relief after key events like this without using it as a vehicle or a mechanism for people to load it up with stuff that’s unrelated to the storm,” Rubio said recently on CNN. 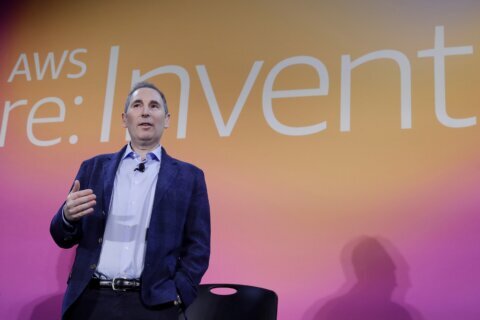