NEW YORK (AP) — An activist investor that has been pressing Kohl’s for a new strategy to turn around struggling operations is again attempting to shake up the department store’s board.

Macellum Advisors GP, LLC, which controls nearly 5% of the outstanding common shares of Kohl’s Corp., wants some long-term directors ousted, including Chairman Peter Boneparth. Macellum said Boneparth is part of a “shadow board.”

“The Shadow Board is failing to adequately support Kohl’s senior management, which has resulted in the destruction of billions of dollars of shareholder value recently and perpetual stagnation over the long-term,” Jonathan Duskin, a managing partner at Macellum, wrote in a letter to shareholders made public Thursday.

Yet five months ago shareholders rejected all the board nominees backed by Macellum, including Duskin, voting instead for the current board during the company’s May annual meeting.

Duskin wrote Thursday that the vote may have gone differently if shareholders had been aware of what he called the true degree of business deterioration at Kohl’s, senior executive departures and details of a failed attempt to sell the department store. But, he said, Macellum has attempted to avoid becoming a distraction, instead working privately with the board over the past couple of months.

After the resounding defeat in May, Kohl’s said Thursday that it is disappointed that Macellum, has launched a “disruptive public campaign for the third time.” The company said that it has regularly engaged with Macellum over the past two years to listen.

“These engagements have been unproductive and a distraction from running the business during a challenging retail environment,”Kohl’s said. “The board and management remain committed to maximizing value and acting in the interests of all our shareholders by staying focused on running the business.”

Last year, Macellum nominated nine directors. In a settlement in April 2021, Kohl’s agreed to add two directors from the activists’ slate, along with an independent director.

In August, the Menomonee, Wisconsin, chain slashed its sales and profit expectations for the year after being forced to cut prices to shed unwanted merchandise. The department store also cut back on orders ahead of the critical holiday period.

Kohl’s was not alone, with even chains that have thrived in recent years, Walmart and Target, forced to slash inventories after consumer behavior shifted radically over the past year.

Yet Kohl’s has struggled for years.

Last month, activist investor Ancora Holdings Group pushed for the removal of both Chairman Boneparth and CEO Michelle Gass for what it calls a botched strategy and dramatic sales declines.

Ancora, which owns 2.5% of outstanding shares in Kohl’s, has been able to get three of its directors installed on the board.

The Wall Street Journal was first to report on Macellum’s latest board push.

Shares of Kohl’s were essentially flat, Thursday, but are down about 50% this year. 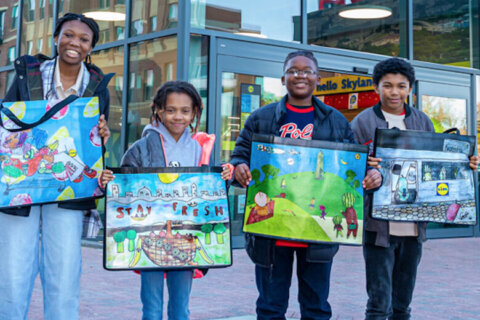