New York Times to purchase The Athletic for $550 million

The New York Times Company has agreed to acquire the sports-subscription site The Athletic for $550 million.

The Times, which announced the deal Thursday after the markets closed, said the sale is expected to close during the first quarter of the year.

There is a bit of irony that an upstart sports media company is being bought by one of the world’s largest legacy media companies. Alex Mather, a co-founder of The Athletic said during a 2017 interview with the Times that, “We will wait every local paper out and let them continuously bleed until we are the last ones standing. We will suck them dry of their best talent at every moment. We will make business extremely difficult for them.”

The Athletic had 1.2 million subscribers as of December and gets the Times closer to its goal of having at least 10 million digital subscribers by 2025. The company currently has over 8 million paid subscriptions, with that total doubling over the past three years.

Meredith Kopit Levien, president and chief executive officer of The New York Times Company, said in a release that The Athletic will be a great complement to the Times.

“The Times already provides distinctive sports coverage for a general interest audience as part of our core report. As a stand-alone product, The Athletic will enable us to offer much more — extensive coverage for fans who seek a deep connection to and understanding of their favorite teams, leagues and players,” she said. “Ultimately, The Athletic helps further our vision of making The New York Times the essential subscription for every person seeking to understand and engage with the world.”

The two sides had started discussing a deal last summer before talks fell through. The Athletic had also been in discussions with Axios last year.

After the sale closes, The Athletic will be a Times Company subsidiary and operate separately. Mather will stay on as general manager and co-president and co-founder Adam Hansmann as chief operating officer and co-president.

“We are proud to have The Athletic become part of the Times Company’s family of subscription products. When we founded the company, we hoped to become the sports page for every city in the world,” Mather and Hansmann said in a joint statement. “We’re excited to continue serving our avid subscribers as we grow and scale with the help of the most important journalistic organization and the leader in digital subscription news.” 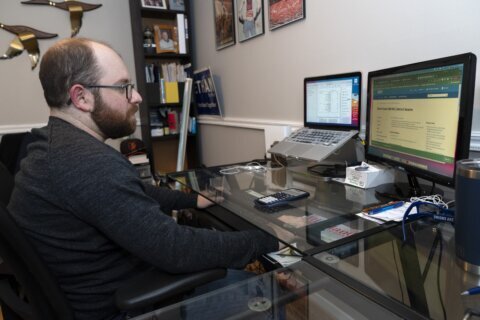