NEW YORK (AP) — The shakiness hitting Wall Street isn’t just because the Federal Reserve’s money printer that’s supporting markets is slowing, but that it may soon go into reverse.

With inflation high and the economy strengthening, the Fed has warned investors the ultra-easy conditions it’s created for them in recent years are likely to disappear. It appears on track to raise short-term interest rates earlier and more aggressively than previously expected, and it may also soon start letting go of some of the trillions of dollars of bonds it’s bought since the pandemic began.

While the first possibility would be a negative for Wall Street, it’s something investors have been gearing up for. The second possibility, though, was a surprise when it was included in the minutes for the Fed’s latest policy meeting, which were published on Jan. 5. Fed Chair Jerome Powell talked about the possibility again in testimony on Capitol Hill Tuesday.

The last time the Fed was shrinking its massive trove of bond holdings and raising short-term rates in tandem, the S&P 500 tumbled nearly 20% in three months at the end of 2018. It didn’t recover until after Powell sharply pivoted in January 2019 by saying the Fed would be “patient” in its policies to withdraw some of the stimulus it had injected into markets.

“Those are the flashbacks the market is having right now, and it’s wondering how long it will be before the punch bowl is really taken away — and should investors be positioning for that right now,” said Yung-Yu Ma, chief investment strategist at BMO Wealth Management.

It was only recently that investors got used to the idea of the Fed merely slowing its monthly purchases of bonds. Since early in the pandemic, the central bank has been creating money to buy bonds in hopes of keeping long-term interest rates low and juicing the economy. The practice is called “quantitative easing” by economists. More colloquially, it’s called “printing money.”

The bond purchases and record-low short-term rates of nearly zero helped push up prices across markets in recent years. It also made investing notably easy, with relatively shallow scary patches marring the big returns. Along with a suite of easy-to-use trading apps, that helped draw a new generation of investors into the market. Their reward? If they simply bought an S&P 500 index fund and sat on it last year, they made nearly 30%.

But now, instead of just a “taper” of purchases, with the Fed on track to close out its bond buying in March, markets are expecting an abrupt shift to “quantitative tightening.”

After the release of the Fed’s minutes, for example, economists at BNP Paribas moved up their expectations for the Fed to announce quantitative tightening to July and to begin it in August. Earlier, they were forecasting a spring 2023 start.

At Deutsche Bank, economists say the Fed could trim $300 billion to $400 billion off its balance sheet in the second half of 2022. It could trim another $1 trillion in 2023, which would have roughly the same effect as two hikes in short-term interest rates.

“We will have the ability to move sooner and to move a little faster than we did last time,” Powell said about quantitative tightening on Tuesday. “More clarity is coming soon on that.”

The last time the Fed began shrinking its balance sheet, it waited nearly two years after its first interest-rate hike. This time, it could be within a few months.

Asked by a U.S. senator about whether the Fed will merely allow bonds to mature and to roll off its balance sheet or take the additional step of actually selling bonds, Powell said no decision has yet been made.

The Fed did not do that last time, but Powell said conditions are different this time. For one, the Fed’s balance sheet is trillions of dollars larger than it was last time. Inflation is also much higher this time around, with Wednesday’s report on the consumer price index showing a 7% jump from year-ago levels.

“And the economy is much stronger,” Powell said. “It’s a very different situation.” 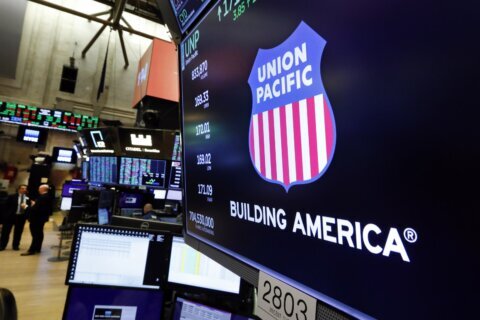 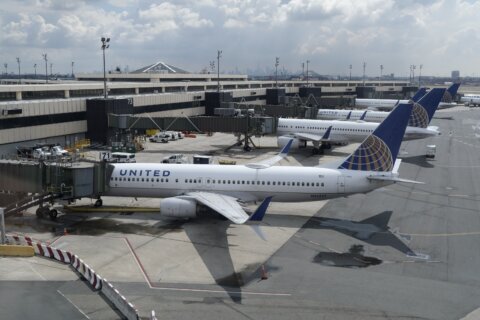