‘Nothing else here’: Why it’s so hard for world to quit coal

DHANBAD, India (AP) — Every day, Raju gets on his bicycle and unwillingly pedals the world a tiny bit closer to climate catastrophe.

Every day, he straps half a dozen sacks of coal pilfered from mines — up to 200 kilograms, or 440 pounds — to the reinforced metal frame of his bike. Driving mostly at night to avoid the police and the heat, he transports the coal 16 kilometers (10 miles) to traders who pay him $2.

Thousands of others do the same.

This has been Raju’s life since he arrived in Dhanbad, an eastern Indian city in Jharkhand state in 2016; annual floods in his home region have decimated traditional farm jobs. Coal is all he has.

This is what the United Nations climate change conference in Scotland, known as COP26, is up against.

Earth desperately needs people to stop burning coal, the biggest single source of greenhouse gases, to avoid the most catastrophic impacts of climate change — including the intense flooding that has cost agricultural jobs in India. But people rely on coal. It is the world’s biggest source of fuel for electric power and so many, desperate like Raju, depend on it for their very lives.

“The poor have nothing but sorrow … but so many people, they’ve been saved by coal,” Raju said.

Alok Sharma, the United Kingdom’s president-designate of the conference, said in May that he hoped the conference would mark the moment where coal is left “in the past where it belongs.”

While that may be possible for some developed nations, it is not so simple for developing countries.

They argue they should be allowed the “carbon space” to grow as developed nations have, by burning cheap fuels like coal, which is used in industrial processes such as steelmaking along with electric power generation. On average, the typical American uses 12 times more electricity than the typical Indian. There are over 27 million people in India who don’t have electricity at all.

Power demand in India is expected to grow faster than anywhere in the world over the next two decades as the economy grows and ever more extreme heat increases demand for air conditioning that so much the rest of the world takes for granted.

Meeting that demand will not fall to people like Raju, but to Coal India, already the world’s largest miner, which aims to increase production to over 1 billion tons a year by 2024.

D.D. Ramanandan, the secretary at the Centre of Indian Trade Unions in Ranchi said that conversations of moving beyond coal were only taking place in Paris, Glasgow or New Delhi. They had hardly begun in India’s coal belt. “Coal has continued for 100 years. Workers believe it will continue to do so,” he said.

The consequences will be felt both globally and locally. Unless the world drastically cuts greenhouse gas emissions the planet will suffer even more extreme heat waves, erratic rainfall and destructive storms in coming years, according to the Intergovernmental Panel on Climate Change.

And a 2021 Indian government study found that Jharkhand state — among the poorest in India and the state with the nation’s largest coal reserves — is also the most vulnerable Indian state to climate change.

But there are roughly 300,000 people working directly with government-owned coal mines, earning fixed salaries and benefits. And there are nearly 4 million people in India whose livelihoods are directly or indirectly linked to coal, said Sandeep Pai, who studies energy security and climate change at the Center for Strategic and International Studies in Washington.

India’s coal belt is dotted by industries that need the fuel, like steel and brick making. The Indian railways, country’s largest employers, earns half their revenue by transporting coal, allowing it to subsidize passenger travel.

“Coal is an ecosystem,” Pai said.

For people like Naresh Chauhan, 50 and his wife Rina Devi, 45, India’s economic slowdown resulting from the pandemic has intensified their dependence on coal.

The two have lived in a village at the edge of the Jharia coalfield in Dhanbad all their lives. Accidental fires, some of which have been blazing for decades, have charred the ground and left it spongey. Smoke hisses from cracks in the surface near their hut. Fatal sinkholes are common.

The couple earn $3 a day selling four baskets of scavenged coal to traders.

Families who’ve lived amid coal mines for generations rarely own any land they can farm and have nowhere else to go. Naresh hopes that his son would learn to drive so that he, at least, could get away. But even that may not be enough. There’s less work for the city’s existing taxi drivers. Wedding parties, who in the past reserved cars to ferry guests, have shrunk. Fewer travelers come to the city than before.

“There is just coal, stone and fire. Nothing else here.”

That could mean even harder times for the people in Dhanbad as the world eventually does turn away from coal. Pai says this is already happening as renewable energy gets cheaper and coal becomes less and less profitable.

India and other countries with coal-dependent regions have to diversify their economies and retrain workers, he said — both to protect the livelihoods of workers and to help speed the transition away from coal by offering new opportunities.

Otherwise, more will end up like Murti Devi. The 32-year-old single mother of four lost the job she had all her life when the mine she worked for closed four years ago. Nothing came of the resettlement plans promised by the coal company so she, like so many others, turned to scavenging coal. On good days, she’ll make a dollar. On other days, she relies on neighbors for help. 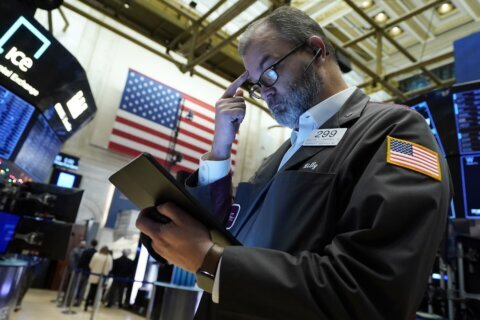