NEW YORK (AP) — American Express saw its profits surge last quarter by 70%, the company said Friday, as Americans and companies pulled out their cards to start traveling, dining out and entertaining as they had done before the pandemic.

The New York-based company said it earned $1.83 billion last quarter, or $2.27 a share, compared with a profit of $1.07 billion, or $1.30 per share, in the same period a year ago. The results were significantly better than what Wall Street analysts had been expecting.

AmEx attributed the surge in profit to cardmember spending, which the company said jumped to a record high in the third quarter. AmEx earns most of its revenue from the fees it charges merchants to accept its cards, and the more money spent on its network, the higher the company’s profits tend to be.

The pandemic had a unique impact on AmEx. While the company did not have significant defaults or losses from companies or consumers, spending on its cards dropped sharply as consumers were unable to dine out, travel or go see movies and shows. It required AmEx to look for new ways to get customers to use their cards, or at the very least, not cut up their cards.

That has now mostly abated. There have been multiple signs in the broader economy that consumers — who make up 70% of all economic activity in the U.S. — have returned to their old habits. Last week, the U.S. reported that retail sales surged 0.7% in September, far stronger than economists had expected. AmEx now says U.S. consumer card spending is at 98% of what it was before the pandemic.

Corporate spending has not recovered as much as consumer spending, however. Many companies are still having their employees work remotely, and business travel has only started to recover. The company says corporate spending will likely fully recover next year. Corporate accounts have over time become a smaller part of AmEx’s overall business, but roughly 60% of Fortune 500 companies still use AmEx for their charge card needs.

“We’re not surprised that’s still at low levels. It will recover,” said Jeff Campbell, American Express’ chief financial officer, in an interview. “The human urge to travel and gather is insatiable. We saw with individual consumers and will see it with corporate customers. It will just take more time.”

In response to the economic recovery and re-openings, companies like AmEx have aggressively been trying to find various ways to encourage ways for its consumers to use its cards.

The company has launched dining events with exclusive chefs and restaurants accessible only to AmEx cardmembers, added benefits for customers using their cards on gyms and digital entertainment as well as its traditional markets of travel and entertainment.

Spending on marketing and business initiatives was up 29% from a year ago, and cardmember rewards costs were up 50% from last year, the company said.

This story has been corrected to show that net income was $1.83 billion, not $1.78 billion. 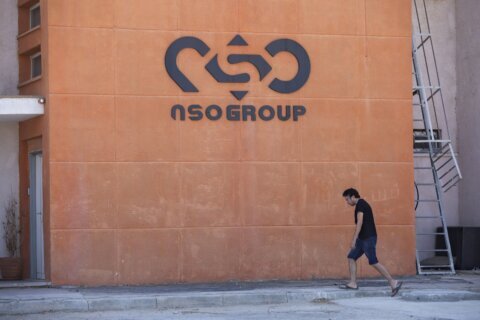