Amazon asks for FTC head to step aside from antitrust probes

WASHINGTON (AP) — Amazon is asking that the new head of the Federal Trade Commission step aside from antitrust investigations into the e-commerce giant, contending that her past public criticism of the company’s market power makes it impossible for her to be impartial.

Amazon petitioned the agency Wednesday to remove Chair Lina Khan from taking part in current probes of the company’s market conduct. Khan has been a fierce critic of tech giants Facebook, Google and Apple, as well as Amazon. She arrived on the antitrust scene in 2017, writing an influential study titled “Amazon’s Antitrust Paradox” when she was a Yale law student.

FTC officials declined comment on Amazon’s motion. The agency could be expected to respond formally at some point.

As counsel to a House Judiciary antitrust panel in 2019 and 2020, Khan played a key role in a sweeping bipartisan investigation of the market power of the four tech giants.

President Joe Biden recently installed Khan as one of five commissioners and head of the FTC, signaling a tough stance toward Big Tech and its market dominance. At 32, she is the youngest chair in the history of the agency, which polices competition and consumer protection in industry generally, as well as digital privacy.

“Due process entitles all individuals and companies to fair consideration of the merits of any investigation or adjudication by impartial commissioners who have not — and, equally importantly, who do not appear to have — prejudged the issues against them,” Seattle-based Amazon said in the motion.

The FTC has been investigating the tech giants. On Monday, a federal judge dismissed antitrust lawsuits brought against Facebook by the FTC and a coalition of states, saying they didn’t provide enough evidence to prove that Facebook is a monopoly in the social networking market. The judge, however, allowed the FTC to revise its complaint and try again.

Amazon, the world’s biggest online retailer, is said by regulators to control 50% to 70% of online market sales. Founded by Jeff Bezos, the world’s richest individual, Amazon runs an e-commerce empire and ventures in cloud computing, personal “smart” tech and beyond.

Some independent merchants who sell products on Amazon.com have complained about the company’s practices, such as contract provisions said to prevent sellers from offering their products at lower prices or on better terms on any other online platform, including their own websites.

New legislative proposals approved last week by the House Judiciary Committee raised the issue of a possible forced spinoff of Amazon’s private-label products that compete with vendors on the platform.

In its defense, Amazon has said that sellers set their own prices for the products they offer on its platform.

“Amazon takes pride in the fact that we offer low prices across the broadest selection, and like any store we reserve the right not to highlight offers to customers that are not priced competitively,” the company has said. 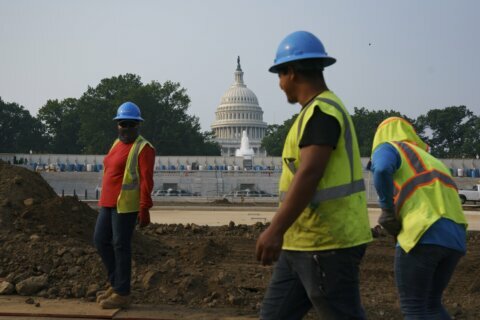