WASHINGTON (AP) — A group of Senate Republicans on Thursday unveiled a public works proposal with a much smaller price tag and a narrower definition of infrastructure than what President Joe Biden has proposed, highlighting the stark differences between the two sides that will be difficult to bridge in the coming months.

The price of the Republicans’ two-page outline came in at $568 billion over five years, compared to the $2.3 trillion that Biden has called for spending over eight years. The lawmakers framed their counter proposal as a “very, very generous offer.”

“This is the largest infrastructure investment that Republicans have come forward with,” Sen. Shelley Moore Capito, R-W.V., told reporters. “This is a robust package.”

Yet the unveiling of the GOP proposal also made clear the parties are leagues apart on the size and scope of what’s needed. Biden is spending time listening to Republicans and voicing a willingness to consider their ideas, but Democrats are intent on passing a major infrastructure boost this year with or without GOP support. They have made clear they are willing to use the budget reconciliation process to bypass Republicans altogether, just as they did on COVID relief earlier this year.

Whether to raise taxes is perhaps the biggest dividing line. To help pay for their plan, the Republicans would instead rely on user fees, including for electric vehicles, and on redirecting unspent federal dollars. The outline does not offer specifics, such as which federal programs would lose unspent dollars to infrastructure. Biden has proposed raising the corporate income tax from 21% to 28% to help pay for his plan, a move the Republican senators rejected.

The GOP’s slimmer infrastructure plan received a positive reception from the White House, with press secretary Jen Psaki characterizing it as a legitimate starting point for negotiations. She said Biden’s aides looked forward to reviewing the details and that Biden would invite members to the White House to discuss it further after he addresses a joint session of Congress on Wednesday.

“We certainly welcome any good faith effort and see this as that,” Psaki said.

Republican lawmakers have been quick to criticize the infrastructure proposal from Biden. They say just a fraction of the spending would go to traditional infrastructure. Biden’s plan devotes $400 billion to expand Medicaid support for caregivers, and substantial portions would fund electric vehicle charging stations and address the racial injustice of highways that were built in ways that harmed Black neighborhoods.

The Republican plan would dedicate $299 billion to roads and bridges, $65 billion to broadband internet and $61 billion to transit. Another big-ticket item: $44 billion for airports. Absent from the plan are Biden priorities like electric vehicle charging stations and caregiver support, as well as billions of dollars to renovate schools and public housing.

The senators delivered their blueprint to the White House about 30 minutes prior to holding a press conference on it.

“We take the part of the president’s plan that most Americans agree is real, hard infrastructure, we give it our touch and we think we have a very good number here,” said Sen. Roger Wicker, R-Miss.

Sen. Bernie Sanders, I-Vt., found little to like in the proposal.

“It goes nowhere near what has to be done to rebuild our crumbling infrastructure and the funding is totally regressive and anti-working class,” Sanders said.

Republicans have been dismissive of aspects of Biden’s plan that focus on easing the country’s reliance on fossil fuels. Sen. Pat Toomey, R-Penn., said the Republican plan “consists of actual, real infrastructure.”

But the investments Biden is proposing to curb global warming matches what many Democrats are looking for and could dampen their support if removed in negotiations.

“Any infrastructure proposal has to be green and cannot be paid for on the backs of working people,” Senate Majority Leader Chuck Schumer, D-N.Y. said.

It’s not the first time Republicans have tried to draw Biden into negotiations. Earlier this year, they offered a counterproposal to Biden’s $1.9 trillion COVID-19 relief plan. Their price tag came in at about one-third of what the president wanted, and he soon declared it inadequate. Democrats went forward on their own and passed the relief bill without the support of any GOP lawmaker.

Capito said she is optimistic that compromise can be found this time.

“I’ve been reading this very closely,” she said. “I feel like the White House and other counterparts on the House side want to try to reach a consensus.”

As debate continues regarding the size and scope of the infrastructure bill, Biden’s team is finalizing its “American Families Plan” to be outlined next week during the president’s joint address to Congress. That proposal would likely seek to extend the expanded child tax credit through 2025, universal pre-kindergarten and free community college by raising taxes on the wealthiest Americans.

Psaki said that the president is meeting “over the coming days to finalize details of the package” and how to pay for it.

The New York Times reported Thursday that Biden would make good on a campaign plan to nearly double the capital gains tax on people earning more than $1 million, increasing it from 20% to 39.6%. White House officials declined to confirm the precise numbers, but they emphasized that taxes would not increase for anyone making under $400,000. 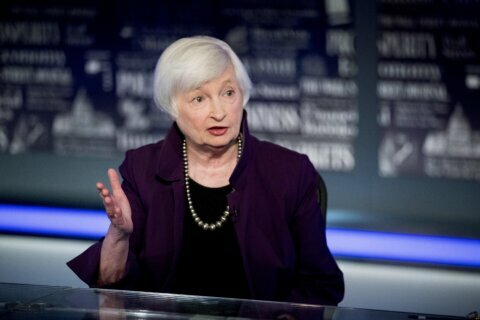 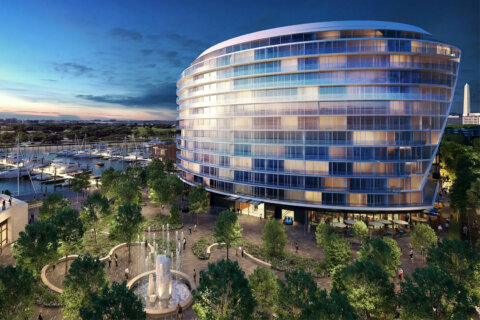