A bidding war is breaking out for Kansas City Southern, with Canadian National Railway making a $33.7 billion cash-and-stock offer for the railway.

The bid trumps a $25 billion cash-and-stock proposal made by Canadian Pacific last month.

Any deal would capitalize on growing trade across North America by creating the first railroad that would link the United States, Mexico and Canada. Last year the three countries entered into a revamped regional trade pact, negotiated by President Donald Trump, that is expected to encourage trade and investment across North America.

A surge in manufacturing is already benefitting the companies. According to a research report Monday from Stifel, the six major railroad all reported double-digit increases in volume over the past week compared with a year earlier when the coronavirus pandemic cut shipping volume sharply.

“These strong volumes, when coupled with other data points such as the ISM, should bode well for the economy,” analyst Benjamin Nolan wrote.

If the two companies were to combine, it would create a business connecting ports and rails in the U.S., Mexico and Canada.

“CN and Kansas City Southern have highly complementary networks with limited overlap that will enable them to accelerate growth in single-owner, single-operator, end-to-end service across North America,” CN President and CEO JJ Ruest said in a statement.

Kansas City Southern acknowledged receiving Canadian National’s proposal Tuesday and said the railroad’s board will evaluate it before responding.

A short time later, Kansas City Southern also issued a joint news release with Canadian Pacific touting the fact that more than 400 shippers and other stakeholders have submitted letters to the Surface Transportation Board supporting the original deal between those railroads. The two railroads have released several similar statements since they announced their deal last month.

Canadian Pacific has said its proposed deal would create a combined company that would operate about 20,000 miles of railway, employ 20,000 people and generate annual revenue of about $8.7 billion, but would still be the smallest of all the major railroads.

Canadian Pacific said Tuesday that CN’s new competing offer raises more concerns about reducing competition than its deal. It argued that is because Canadian National and Kansas City Southern have several competing rail lines, and the deal may destabilize the current competitive balance among the largest railroads.

“Canadian National’s proposal is massively complex and likely to fail,” Canadian Pacific said in a statement.

If Kansas City Southern’s board decides to back Canadian National’s higher offer, Canadian Pacific would be entitled to a $700 million breakup fee.

“So while a bidding war is possible, it seems fairly likely that the loser of that war would have to look for another target, which could likely be CSX or Norfolk Southern,” Wetherbee said in a research note.

Canadian Pacific tried to acquire Norfolk Southern five years ago, but it abandoned that roughly $30 billion bid after it encountered strong opposition from Norfolk Southern, politicians, rail customers along the route and other railroads.

Wary U.S. regulators have not approved a major railroad merger since the 1990s, but industry analysts have said that Canadian Pacific’s proposed $25 billion acquisition of Kansas City Southern has a good chance of getting the green light because there is little overlap between the two lines.

Edward Jones analyst Jeff Windau said Canadian National’s competing offer for Kansas City Southern would likely face tougher scrutiny from regulators because those two railroads both have north-south lines that cross the middle of the country down to the Gulf Coast where Canadian Pacific doesn’t have any routes that directly compete with Kansas City Southern’s network.

“There’s the potential of viewing that as essentially eliminating a competitor down the central part of the United States,” Windau said. “We think that potential for viewing that as reducing competition could be increasing the regulatory hurdle in the Canadian National case.” 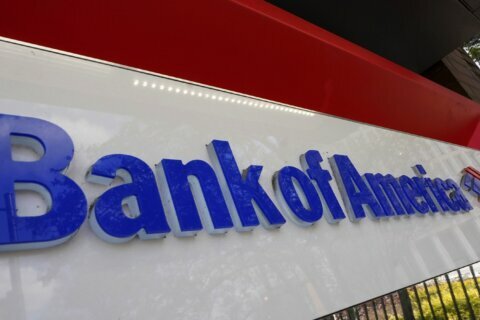 Macy’s emerges from pandemic by swinging to surprise profit