DALLAS (AP) — United Airlines said Wednesday it plans to add up to 28 daily flights to Florida this winter, but the airline is prepared to reverse course if the rate of coronavirus cases in the state remains high.

United said that it will increase flights from New York, Boston and Cleveland to four destinations in Florida, including Tampa and Orlando, starting in November, then gradually add other cities on both north and south ends.

“We will be keeping a very close eye on the cases and how the surge is taking one way versus the other to make changes,” said Ankit Gupta, United’s vice president of U.S. network planning. “We are going to remain flexible and adjust our capacity.”

United’s planned increase in Florida is a fraction of its overall schedule, but airlines are desperate to boost revenue, and they need more flights to do it. COVID-19 is making it hard for airlines to plan.

A few weeks ago, United had to scale back ambitious plans for growth in August after coronavirus cases spiked in much of the U.S., including Florida. After more than two months of slow growth, U.S. air travel leveled off in July.

Over the last seven days through Tuesday, the number of people screened at U.S. airport security checkpoints was down 72% from a year ago, according to government figures. Daily counts have ranged from 831,789 — a five-month high — to 559,420.

“We have suspended our crystal ball around how demand is shaping up, since it’s so volatile,” Gupta said.

Before the pandemic, United typically set most of its final schedule about 120 days into the future. That is now down to 30 or 45 days.

What little demand airlines are seeing is mostly for leisure travel, not business trips, and it is for domestic flying, not international — most countries are restricting Americans because of COVID-19. United’s planned new winter flights to Florida, which will also depart from Pittsburgh, Milwaukee, Indianapolis and Columbus, Ohio, are aimed at leisure travelers, Gupta said.

Company to pay $60M for deceptive marketing with pelvic mesh 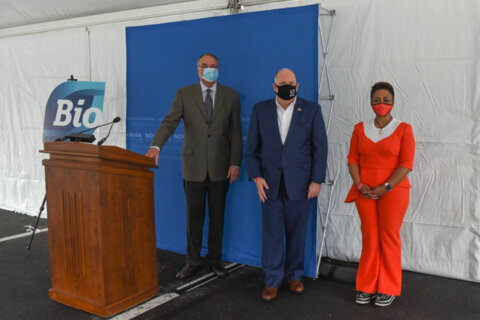