Baltimore-based Under Armour said Monday that it received a warning from U.S. regulators that the company and two of its executives could be punished over past accounting practices.
Listen now to WTOP News WTOP.com | Alexa | Google Home | WTOP App | 103.5 FM

NEW YORK (AP) — Under Armour said Monday that it received a warning from U.S. regulators that the company and two of its executives could be punished over past accounting disclosures.

The sporting goods company said in a government filing Monday that the warning, known as a “Wells Notice,” was sent last week from the U.S. Securities and Exchange Commission. The two executives who received the notice were founder Kevin Plank and Chief Financial Officer David Bergman.

A Wells Notice is a warning that a company or individual could face enforcement action.

The SEC is focusing on the company’s accounting practices from the middle of 2015 to the end of 2016, specifically the disclosure of “pull forward” sales, where a sale is executed earlier than planned.

Under Armour said in the filing that the actions of the company and its executives “were appropriate” and that they are responding to the SEC. Under Armour Inc. did not immediately respond to a request for comment Monday morning.

Plank, who founded Under Armour in 1996, stepped down as CEO last year and is the company’s executive chairman and brand chief.

Shares of the Baltimore-based company were flat in midday trading. 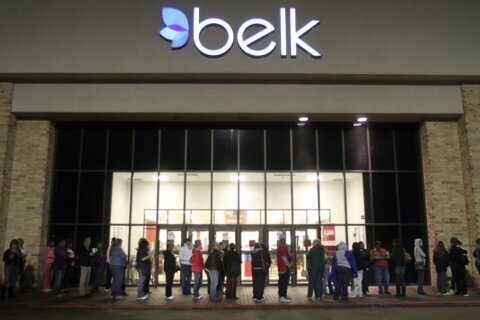