Pandemic shakes up earnings season – some win, some lose

The spread of COVID-19 has skewed the numbers for every major company this year, for better or worse. Boeing, already…
Listen now to WTOP News WTOP.com | Alexa | Google Home | WTOP App | 103.5 FM

The spread of COVID-19 has skewed the numbers for every major company this year, for better or worse. Boeing, already besieged by problems with its marquee aircraft, is now dealing with a wave of order cancellations as travel withers. General Motors was forced to close all of its factories for two months, but at least it sees light at the end of the tunnel.

Here are some of the winners and losers reporting quarterly results Wednesday during one of the busiest weeks of the earnings season:

SPOTIFY — After a drastic plunge in usage with so many people no longer commuting to work, the music streaming service said Wednesday that in-car listening at the end of the quarter was less than 10% below pre-pandemic levels. That’s up from a 50% decline at the trough in April. Spotify had a 27% uptick in premium subscribers in its second quarter compared with a year ago, while total monthly active users rose 29%. Still, it posted a wider-than-expected quarterly loss and revenue was disappointing. Shares dipped about 1%.

SCOTT’S MIRACLE-GRO — It seemed two distinct tribes formed during shelter-in-place orders, one baking sourdough and the other hitting the garden. Scott’s said Wednesday that it now expects a revenue surge of up to 28% this year, and per-share profits to jump by about a buck. The lawn care and gardening company also sprinkled its investors with a special dividend of $5 per share, and raised its quarterly dividend by a nickel. Shares of the Marysville, Ohio, company grew almost 13%.

GENERAL ELECTRIC — The one-time conglomerate narrowed its focus in recent years on high tech industries like jet engines. Like Boeing, it’s getting hammered with business travel almost non-existent. The Boston company reported a staggering loss of about $2 billion, and revenue was cut by about a quarter. It’s slashing costs and has lowered its debt by about $9.1 billion to date for the year. Shares slid 5%.

BLUE APRON — Earlier this year, before the virus struck, the prepared-meals company considered putting itself up for sale as intense competition contributed to the loss of 37% of its customers during the final three months of 2019. What a difference a pandemic makes. Blue Apron added 20,000 customers in its most recent quarter and revenue jumped 10% compared with this time last year. It’s had to increase capacity at its production facilities and hire more people. After a $7.7 million loss in the year-ago quarter, it made more than $1 million. But, the company also said it doesn’t expect the good times to last. Shares tumbled 14%.

DINE BRANDS: With so many Americans seeking a return to normalcy in areas not getting hit hard right now by the virus, pancakes and brew pub pretzels with beer cheese dip fit the bill. The parent company of Applebee’s and IHOP said Wednesday that 95% of its restaurants were open in the most recent quarter and its revenue topped Wall Street expectations. CEO Steve Joyce said that throughout the quarter weekly comparable sales and traffic at both chains improved as restrictions eased. Shares jumped 11%. 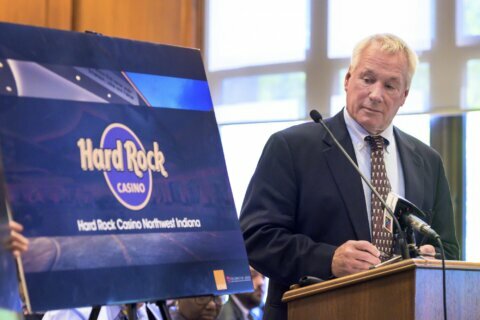 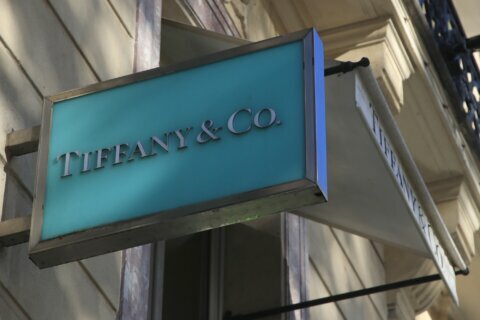 LVMH files countersuit against Tiffany over $16.2 B deal