Leading Democratic committee chairmen said the Congressional Budget Office has indicated that Pelosi’s bill would save the government $500 billion over 10 years, which they pledged to use for new Medicare benefits and other health care priorities such as the National Institutes of Health and the opioid crisis.

“These significant investments are made possible as a result of our promise to finally empower the federal government to negotiate lower drug prices for the American people,” Reps. Frank Pallone, D-N.J., Richard Neal, D-Mass., and Bobby Scott, D-Va., said in a joint statement.

While the bill is expected to pass the Democratic-controlled House, it has no chance in the Republican-run Senate. Most Republicans oppose authorizing Medicare to negotiate drug prices, arguing the job is better done by private insurers who deliver the program’s prescription benefit.

President Donald Trump, as a candidate, called for giving Medicare negotiating clout, but since taking office he has backed off. The White House now strongly opposes Pelosi’s bill, arguing it will keep up to one-third of new drugs from coming to market over a decade, an estimate far higher than the nonpartisan Congressional Budget Office has calculated.

The legislation from Pelosi, D-Calif., would authorize Medicare to negotiate prices for the costliest drugs, including insulin, using lower prices paid in other economically advanced countries as the reference point.

The budget office says that could result in price cuts of 40% to 55% for pharmacy drugs subject to negotiations. The bill would allow private insurance plans to also get Medicare’s price.

As a hammer to force companies to negotiate, Pelosi would impose steep sales taxes on the medications at issue. Overall, budget analysts estimated the legislation would cut industry revenues by $500 billion to $1 trillion over 10 years.

Updated estimates from the budget office are expected before the bill goes to the House floor next Wednesday or Thursday.

Trump is backing a competing bill in the Senate, bipartisan legislation that would require drugmakers to pay rebates to Medicare if they hike prices above inflation. Pelosi’s bill also includes inflation rebates.

Both the House and Senate bills would cap what Medicare recipients must pay annually in out-of-pocket costs for their prescriptions.

A White House report released this week said Pelosi’s bill “will harm American patients in ways that far outweigh any benefits” by making it harder for pharmaceutical companies to develop breakthrough drugs and bring them to market.

In the middle of an impeachment, chances of a deal between Pelosi, Trump and congressional lawmakers of both parties appear slim.

Though Medicare is very popular among seniors, it has always had gaps in coverage. Dental, vision and hearing are seen as the biggest. Many seniors pay out-of-pocket for hearing aids, dentures and eyeglasses. Others rely on limited benefits offered through private Medicare Advantage plans.

Separately, a government report out Thursday found that prices for prescription drugs bought at the pharmacy edged down by 1% last year, the first such drop since the 1970s. 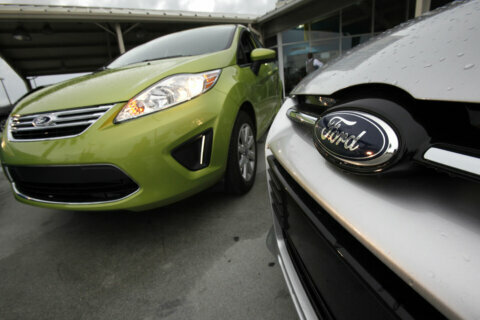