Where museum guards pick the art

Traci Archable-Frederick and Chris Koo have been security guards at the Baltimore Museum of Art for years.

“You’ve pretty much walked every hall in this museum?” asked correspondent Kristine Johnson.

“Every hall, all behind the scenes, everywhere, yes,” Archable-Frederick replied.

But during that time, they say most visitors just see their uniforms, not necessarily the person wearing it. “I think some visitors just don’t even know we exist, to be honest,” laughed Koo. “A lot of us hope that more visitors will ask us and have conversations with us about the art, rather than asking us where the bathroom is. Like, we are kinda shadows of the museum.”

Koo hopes that’s about to change, thanks to an exhibit opening today. The show, called “Guarding the Art,” was organized not by the museum’s curators, but by its very own security guards. 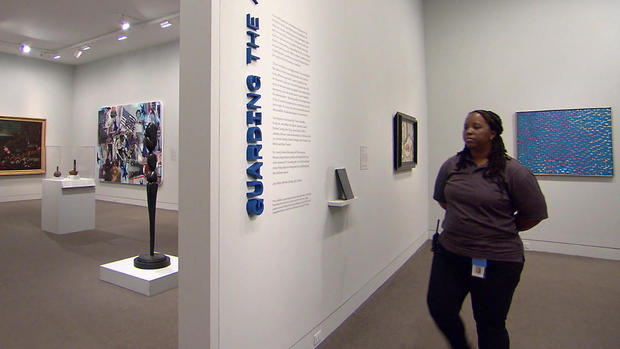 Johnson asked, “When you’re approached, ‘We want you to help curate this exhibit,’ you think to yourself, ‘I’m not qualified to do that’?”

“Yeah, definitely,” laughed Koo. “‘Cause there’s a clear separation of every other department in museum versus security. We were very intimidated at first. But look, like, where we are now!”

Of course, getting to where they are now took months of preparation. The team oversaw every detail along the way, from the wall color to the works of art. Each participant selected pieces from the museum’s permanent collection that spoke to them personally.

Koo chose paintings by Philip Guston and Mark Rothko. “It kinda affects you in a really deep, emotional way,” he said of Rothko’s 1957 work, “Black Over Reds.” 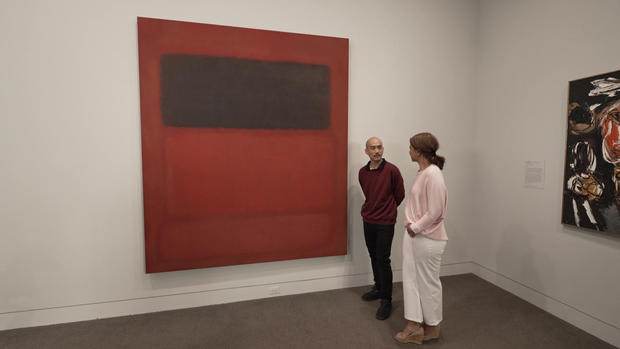 Johnson asked, “Now that it’s up on the wall, this is still the one you wanted up there?”

“No regrets, no regrets,” Archable-Frederick replied. “I’m very proud of this piece, as if I did it myself. There’s so much going on in the world and this country, all the turmoil and social injustice, that this is speaking to everything that I wanted to say.” 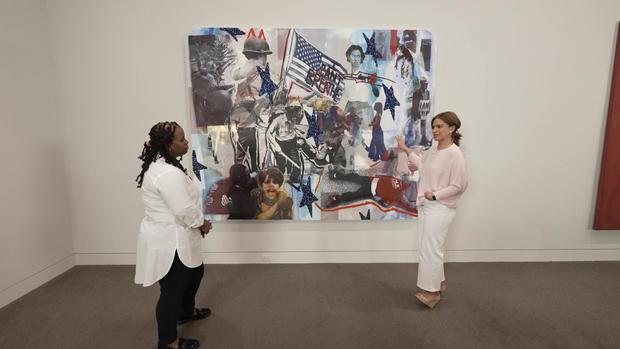 Board of Trustee member Amy Elias came up with the idea for the exhibit, along with the museum’s head curator, Asma Naeem.

“Guards spend more time with the art than anyone in the museum,” said Elias. “They’re around it day and night, looking at it, observing it.”

Naeem said, “It’s a simple idea, but it’s asking profound questions: Who is art for? What are museums for? Who gets to talk about art? This show overall is telegraphing to the public art is for everyone.”

A reminder to museum-goers everywhere that, if you have questions about art, look no further than the person standing next to it.

Archable-Frederick said, “For other visitors who come here, now that we’ve done this, they will see us totally in a different light.”

“No longer, no longer!” she laughed. 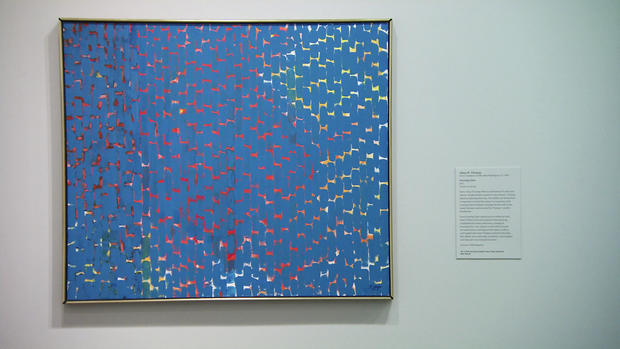 “Evening Glow” by Alma W. Thomas (1972). Acrylic on canvas. Part of the Baltimore Museum of Art exhibition, “Guarding the Art.”