BALTIMORE (AP) — The top state prosecutor in Baltimore, a prominent figure in the racial justice movement, attended two dozen events outside Maryland in 2018 and 2019 without getting approval for more than half of the trips, according to an inspector general’s report.

The report released Tuesday also found that Baltimore State’s Attorney Marilyn Mosby was physically absent from her job for 85 days during that time period.

Mosby rose to national prominence in 2015 when she declared that six police officers would be held accountable for the death of Freddie Gray, a Black man who suffered a broken neck while in police custody, triggering riots and protests. None of the officers was ever convicted over Gray’s death, but her decision to swiftly charge the officers was admired among many Baltimore residents and she won reelection in 2018.

While noting that almost $23,700 of the $27,015 total cost of the trips was paid by sponsoring organizations, the report found that six of the 24 trips were paid for in full or in part by Mosby’s office or the city.

“The OIG found discrepancies between the travel reported on SA Mosby’s state financial disclosure forms, the travel list she provided to the OIG, and the OIG’s independent verification of costs,” officials wrote.

Investigator determined that 15 of the 24 trips were not submitted to the Board of Estimates for required approval.

Mosby asked the city to investigate her office’s finances last summer amid questions about her travels abroad and reports that she had formed travel and hospitality companies while in office. Mosby did not mention the companies in her initial 2019 financial disclosure.

In her July 2020 letter requesting the investigation, Mosby wrote that she started the business to “help underserved black families who don’t usually have the opportunity to travel outside of urban cities, so they can vacation at various destinations throughout the world at affordable rates.”

“I am confident that I have always abided by the ethical rules and regulations and have been fully transparent about any gifts, travel, or other financial activity,” Mosby added. 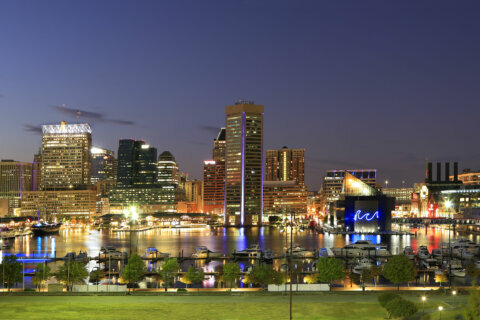