BALTIMORE (AP) — City Council President Brandon Scott, who ran a campaign focused on youthful energy, progressive ideas and experience, has won the Democratic nomination for Baltimore mayor. He has pledged to tackle longstanding challenges in the city such as gun violence and substance abuse.

The victory puts Scott in a strong position to be the next mayor of the struggling city. Democrats outnumber Republicans 10-1 in Baltimore, and the general election in November is mostly seen as a formality. On the Republican side, nonprofit executive Shannon Wright emerged victorious.

Scott has been a city councilman since 2011 and became council president last year. He emerged victorious from a field that included more than 20 Democrats, including incumbent Mayor Bernard C. “Jack” Young and former Mayor Sheila Dixon.

If he is elected in November, he will have to address substandard public schools, crumbling low-income neighborhoods, declining population, and a homicide rate that is on pace to match last year’s 348 killings despite stay-at-home directives prompted by the coronavirus pandemic.

“Our city stands at a crossroads. Baltimore will only move forward as a city united, not divided,” Scott said in a statement Tuesday. “It will take all of us to build a city that is safe, equitable, and accountable. As a son of Baltimore, I could not be more honored to lead our great city in this critical moment and carry the work forward with you.”

Scott will also have to work to restore people’s trust in local government. This was the first election since Catherine Pugh resigned as mayor last year amid investigations into the lucrative sales of her self-published children’s books. Pugh pleaded guilty to federal conspiracy and tax evasion charges and was sentenced to three years in prison in February.

“It’s an exciting time to see what Brandon and this new generation of leadership can do,” said Mileah Kromer, director of the political science program at Goucher College in Towson, Maryland. “With the protests and demonstrations that are sweeping the country with this moment, Brandon was a leader back in 2015 when the focal point was Baltimore City, and I think that voice is going to be important now because those issues are certainly not solved in the city.”

Kromer said crime was the top issue for Baltimore voters, and Scott will be judged on how he addresses it.

Counting the votes has been a slower than usual process since the primary, in large part because so many people voted by mail to avoid the risks of in-person voting amid the coronavirus. On Tuesday, a week after the June 2 election, Baltimore elections officials announced that nearly every vote had been counted.

The election has had a series of issues. Officials ended up authorizing the addition of two voting centers to the previously allotted four over concerns that ballots were not arriving in the mail as planned. On Election Day, dozens of voters remained in line two hours after polls were scheduled to close because social-distancing measures prompted by the pandemic slowed the flow of people at voting centers. Early Wednesday, voting results from the city were taken down from the state’s election board’s website due to an issue with ballots in one district.

Scott, who was endorsed by several unions, proposed a new approach to reducing violence by treating it as a public health crisis, believing that agencies citywide must collaborate with the police department in the effort. He promised to bring down the annual number of homicides to under 300 during his first year in office. That has not happened since 2014.

“Crime has to be addressed in a comprehensive way,” he told The Associated Press ahead of the election.

Positioning himself as a progressive leader, Scott proposed organizational changes to city government, including an overhaul of the board that awards all city contracts. Most recently, Young signed into law a measure introduced by Scott that provides housing protections to tenants during the pandemic.

At 36, Scott was the youngest of the mayoral Democratic front-runners. He was once mentored by the late U.S. Rep. Elijah Cummings and was tabbed for lieutenant governor by an unsuccessful candidate in 2018. 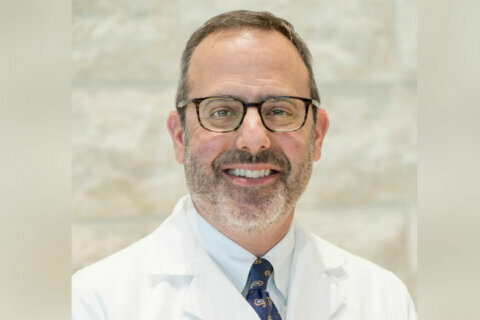