The election comes a year after a public corruption scandal that included a raid at city hall and resulted in the mayor resigning and pleading guilty to federal charges.
Listen now to WTOP News WTOP.com | Alexa | Google Home | WTOP App | 103.5 FM
(1/4) 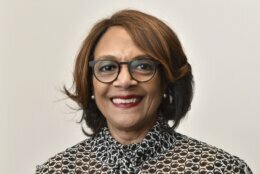 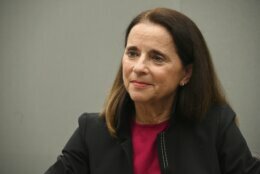 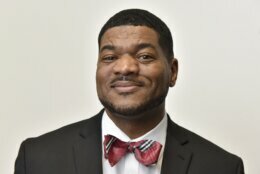 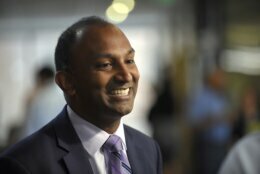 BALTIMORE (AP) — Baltimore’s most consequential election in a generation is set to take place next week, when voters will be looking for a leader who can rein in violent crime, address entrenched poverty and restore steadily eroding trust in local government.

Although Tuesday’s election is a primary, Democrats outnumber Republicans 10-1 in Baltimore, all but assuring them a general election win in November. More than 20 Democrats and seven Republicans are running.

The election comes a year after a public corruption scandal that included a raid at city hall and resulted in the mayor resigning and pleading guilty to federal charges connected to the sales of her self-published children’s books.

Many are also fed up after years of dysfunction in the city, from an incompetent public works department plagued with water billing and accounting problems to the arrest and conviction of numerous members of an elite police department unit who planted evidence.

The death of a young black man, Freddie Gray, in police custody also remains central to people’s concerns about the city.

“It’s a serious job, and it’s not an exaggeration to say people’s lives are on the line in terms of city leadership,” said Mileah Kromer, director of the political science program at Goucher College in Towson, Maryland.

Tuesday’s outcome will reflect how confident voters are in Baltimore’s political class.

Two front-runners have never worked at city hall, while the other two have well-established careers there, including former Mayor Sheila Dixon, who is again trying to make a political comeback after being convicted a decade ago of misappropriating gift cards for the poor while in office.

Her first attempt failed in a primary loss to Pugh in 2016.

“I know that I’m going to have to gain people’s trust back,” Dixon said.

In that role, she had some success in reducing crime as she moved the police department away from a divisive policy of frequent arrests for nuisance crimes.

Like some of the other candidates, she is campaigning on a “holistic” approach to fighting crime, believing the responsibility does not fall exclusively on the police department.

While stay-at-home directives prompted by the coronavirus pandemic have led to a drop in nonfatal shootings, the homicide rate is on par with the same period last year: 120.

Since Gray’s death in 2015, Baltimore has had more than 300 homicides a year.

Scott has been a city councilman since 2011, and at 36, he is the youngest of the front-runners.

He has positioned himself as a progressive leader and proposed organizational changes to city government, including an overhaul of the board that awards all city contracts, and a new approach to reducing violence by treating it as a public health crisis.

“My city, the only place I’ve ever called home, is in desperate need of transformation, generational change,” said Scott, who became council president last year.

“We need to understand what it is to grow up in a neighborhood like mine that was forgotten by my elected officials and where I saw my first shooting before I turned 10 years old.”

Miller began working in Baltimore in the 1980s as a credit analyst at investment firm T. Rowe Price.

She left the company in 2009 to join the Treasury Department.

Miller has poured more than $2 million of her own money into the campaign in a city where more than 20% of residents live in poverty.

But she said her wealth doesn’t mean she’s out of touch with the issues that matter most to voters.

“I think I have a pretty good understanding of poverty in Baltimore, and what the needs are, and my decision to run is really grown out of my sense that we’re just not moving the needle here,” she said.

Miller said she wants to invest deeply in Baltimore’s neglected neighborhoods and create a works program to address the unemployment and weakened economy resulting from the pandemic.

Vignarajah, a former prosecutor, has taken a tough-on-crime approach to his campaign and believes the election will be a referendum on that issue.

However, his behavior last year during a traffic stop, during which he asked a police officer to turn off a body camera, led to questions about hypocrisy and abuse of privilege.

Young is seeking reelection, promising voters he will clean up the city, reduce crime and invest in the community’s youth.

U.S. Rep. Kweisi Mfume, a Democrat who won a special general election in April to serve the rest of the term of the late Elijah Cummings, is running to be his party’s nominee for a full term.