A shooting at a Baltimore apartment complex Wednesday ended with the death of a former state corrections official who had been under investigation and the wounding of two fugitive task force officers.
(1/12) 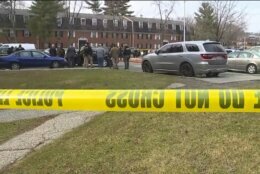 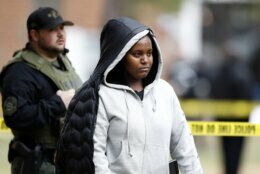 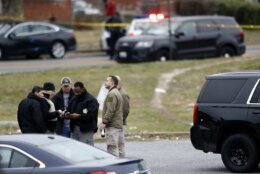 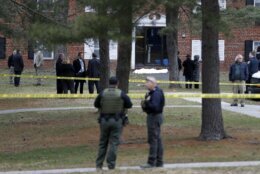 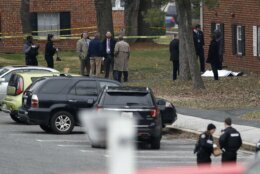 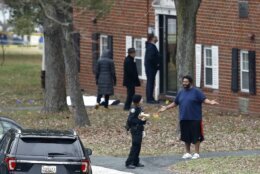 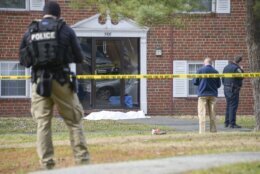 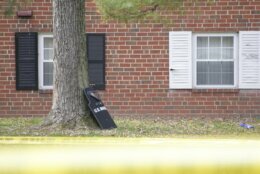 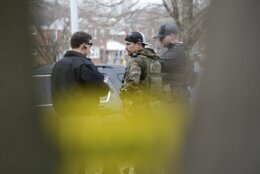 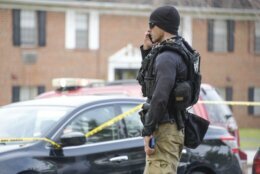 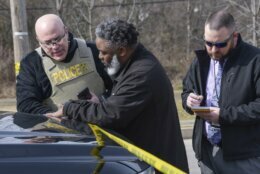 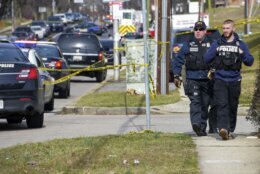 BALTIMORE (AP) — A shooting at a Baltimore apartment complex Wednesday ended with the death of a former state corrections official who had been under investigation and the wounding of two fugitive task force officers, authorities said.

The officers, one a Baltimore county detective and the other a detective in the city of Baltimore, were both assigned to the Capital Area Regional Fugitive Task Force and were trying to serve a warrant out of Pennsylvania for attempted murder, said U.S. Marshals Service spokesman David Lutz.

“Our worst fears became a reality when shots were fired and the two officers were hit,” Baltimore Police Commissioner Michael Harrison said of the male officers, without specifying who fired. He said the suspect was fatally shot, but he did not say by whom.

Neighbors at the scene of the shooting in the city’s Frankford neighborhood told The Baltimore Sun that a suspect was “shooting back” at officers. A sheet at the scene covered what appeared to be a body.

One officer was shot in the leg and the other in the stomach, Lutz said. One of the officers had surgery, and both were awake but “still in very serious condition,” said Dr. Thomas Scalea, physician-in-chief at the University of Maryland R Adams Cowley Shock Trauma Center. Scalea said one of them was likely saved when fellow officers at the site applied a tourniquet to stop the bleeding.

The male suspect was a former state corrections official who had been under investigation, Maryland Gov. Larry Hogan said at a news conference. He said the task force officers were going after “a really bad guy.” Hogan did not release the suspect’s identity or any other details.

The shootings happened as officials have increased the presence of federal law enforcement officers in the city to stymie gang-related activity and violent crime as a whole.

In December, the Department of Justice announced a plan to increase the overall number of federal agents in Baltimore and add more officers to task forces. Months earlier, the department unveiled a task force focused on gun- and drug-related crime in the city.

Task force members, including agents from the FBI, Drug Enforcement Administration and the Bureau of Alcohol, Tobacco, Firearms and Explosives, work from a shared location to increase coordination. The task force to which the wounded officers belong also includes Secret Service agents.

“This was a perfect example of that joint task force executing warrants on violent criminals,” Hogan said. “Unfortunately, it turned into a fairly tragic situation with wounded police officers.”

Baltimore has been plagued with gun violence for decades. The city ended 2019 with 348 homicides, its fifth year in a row with more than 300 slayings. As of Wednesday morning, authorities had recorded 40 homicides and 56 nonfatal shootings in 2020.

This story has been edited to correct that authorities identified the suspect as a former corrections “official,” not “officer.” 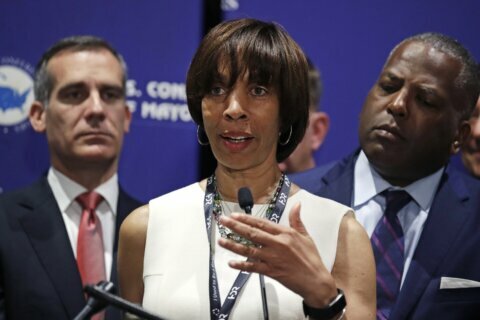