Mourners, constituents and other well-wishers paid respects to U.S. Rep. Elijah Cummings on Wednesday as his body lay in repose at a historically black college in Baltimore ahead of the first in a series of services.
Listen now to WTOP News WTOP.com | Alexa | Google Home | WTOP App | 103.5 FM
(1/12) 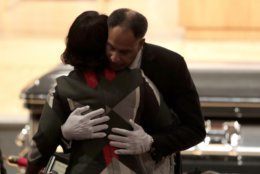 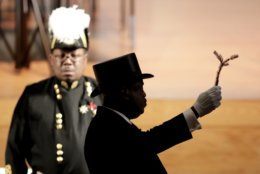 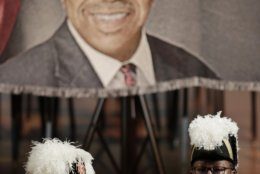 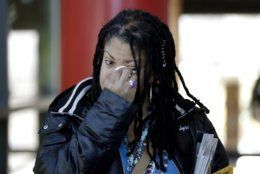 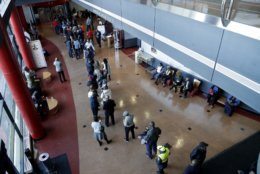 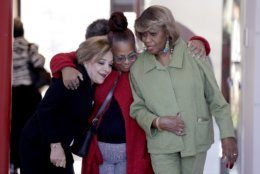 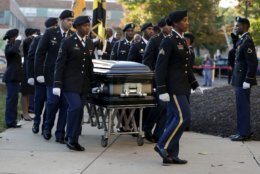 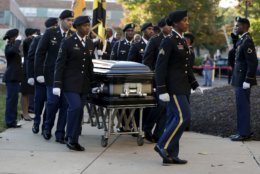 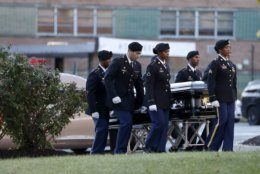 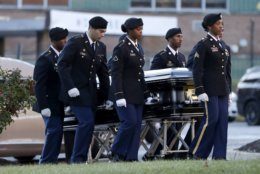 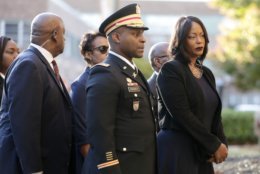 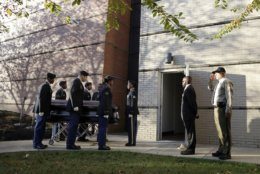 BALTIMORE (AP) — Mourners, constituents and other well-wishers paid respects to U.S. Rep. Elijah Cummings on Wednesday and a long line of speakers praised him as his body lay in repose at a historically black college in Baltimore ahead of the first in a series of services.

A large group of people waiting in line began to file through.

Later in the day, fraternal organizations honored Cummings, calling him a “friend and companion to many” who was always willing to lend a helping hand to others.

The congressman’s widow closed his casket before the fraternal organizations began paying their respects.

Katrina Hutton, who lives in Baltimore, emerged from the viewing area with tears in her eyes.

“He’s always been there for us and supported us,” she said. “No scandal. He’s been forthright with everything he’s done for us.”

Flowers were laid outside the arts center, including an arrangement from the university’s president that included a note with the message, “Congressman Cummings was a great man and will be truly missed.”

Inside the auditorium, the open casket was placed in front of the auditorium stage, flanked by arrangements of white flowers. Two members of the Masonic group Knights Templar, one on each side of the casket, stood guard in dark uniforms with gold trim.

A large screen above the stage showed photos of Cummings along with portions of his news interviews and remarks in Congress. On display were photos of him with former Presidents Bill Clinton and Barack Obama, Democratic presidential candidate Elizabeth Warren, and MSNBC hosts Joe Scarborough and Mika Brzezinski, whose wedding he officiated in 2018.

Baltimore resident Sandra Whitehurst said she stopped by the auditorium because she wants to be able to tell her 15-year-old grandson that she was present to pay her respects to the late congressman.

She said she was “particularly proud” of how Cummings “stood up to (President Donald) Trump” this summer, when he attacked Cummings’ majority-black district .

Morgan State University is in Cummings’ congressional district, and he served on its Board of Regents for 19 years. Following the public viewing that was to last until 5 p.m., a tribute service was to feature remarks from Rockeymoore, U.S. Rep. John Sarbanes and Baltimore Mayor Bernard “Jack” Young.

Cummings’ body will lie in state on Thursday in the National Statuary Hall of the U.S. Capitol. A wake and funeral for Cummings is planned Friday at New Psalmist Baptist Church in Baltimore, where the congressman worshipped for nearly four decades.

A sharecropper’s son, Cummings went on to become a lawyer and elected official, most recently leading one of the U.S. House committees conducting an impeachment inquiry of Trump. He was also known as a powerful orator and passionate advocate for the poor in his Baltimore-area district.