OWINGS MILLS, Md. (AP) — Mark Andrews surpassed 4,000 yards receiving for his career last weekend. He downplayed the accomplishment — but Baltimore Ravens teammate Calais Campbell was happy to reflect on it.

“I think that was pretty cool. He’s going to hit a lot more milestones, though,” said Campbell, a defensive lineman. “He’s a great player, and as long as he stays healthy, he’s on his way to getting a gold jacket.”

Lately, health has in fact been an issue for Andrews, but he played almost every offensive snap in the Ravens’ 13-3 win over Carolina. He finished with six catches for 63 yards, not a spectacular game but a sign he has a chance to give Baltimore his usual level of production down the stretch.

Andrews is coming off the best season of his career in 2021 — 107 catches for 1,361 yards and an All-Pro nod. If anything, he might be even more important to the Baltimore offense this year.

After trading receiver Marquise Brown in the offseason, the Ravens have lost Rashod Bateman to a foot injury. Running backs J.K. Dobbins and Gus Edwards have also missed time. Aside from Andrews, there’s a lack of elite, healthy talent for quarterback Lamar Jackson to give the ball to, and it’s starting to show. Baltimore hasn’t scored more than 27 points since Week 3, and the Ravens were held to a season low in scoring by the Panthers.

Andrews was held without a catch in an Oct. 23 win over Cleveland and managed only three receptions the following week at Tampa Bay. Then he was inactive when the Ravens beat New Orleans.

Baltimore’s open date gave him some more time to recover from the knee and shoulder issues he’s dealt with, and he was a key target for Jackson last weekend. He said he was feeling “great” when he talked to reporters Wednesday.

“I think every phase has helped us win a game at some point,” he said. “Special teams (and) defense are absolutely balling out, and offensively, we’ve had some really good games. So, I just think we need to bring it together, all play together, and the sky is the limit.”

Drafted in the third round in 2018 — the same year the Ravens took Jackson in the first — Andrews has 4,017 yards in his career, good for third on the team’s receiving list behind Derrick Mason (5,777) and Todd Heap (5,492). He made it clear he has bigger concerns than his most recent milestone.

“It’s cool,” Andrews said. “It’s a cool recognition, but I’m just worried about winning (and) this team, and it’s a long road ahead.”

Campbell, on the other hand, can absolutely appreciate it. He’s closing in on his own mark — he’s two sacks shy of 100 — and it’s a treat when a teammate accomplishes something special.

“He doesn’t care that much. It’s just, ‘Keep playing football, let’s have some fun, let’s win some ballgames,'” Campbell said. “So, I think it’s good for the rest of us to kind of like take a moment and be like, ‘You’re a beast. Much respect.’”

NOTES: Jackson did not practice Wednesday because of a hip issue, but coach John Harbaugh said he’ll play this weekend at Jacksonville. … Edwards (hamstring/knee) was limited, and S Kyle Hamilton (knee) and T Ronnie Stanley (ankle) did not participate. 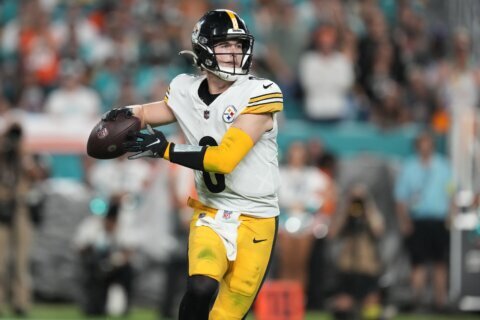 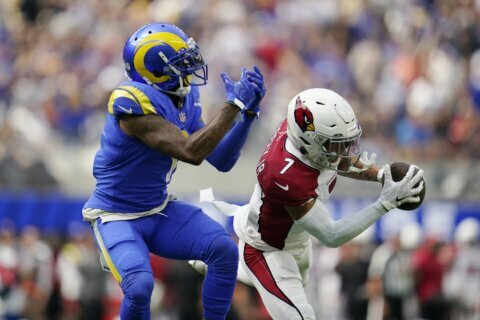