Holidays: Where to see holiday lights | 4 ways to limit your holiday debt | Inflation 'definitely a guest' at holiday celebrations this year | Recipes for Thanksgiving leftovers
Home » Baltimore Ravens » Martindale was ready to…

Martindale was ready to move after 2021 season with Ravens

Wink Martindale had few regrets after being fired by longtime friend John Harbaugh after a decade with the Ravens in Baltimore, the last four as their defensive coordinator.
Listen now to WTOP News WTOP.com | Alexa | Google Home | WTOP App | 103.5 FM

EAST RUTHERFORD, N.J. (AP) — Wink Martindale had few regrets after being fired by longtime friend John Harbaugh after a decade with the Ravens in Baltimore, the last four as their defensive coordinator.

There was no doubt he would miss the area, the people he lived near and those he worked with, especially the players he coached. There was a bond. It’s the same one he has started to form as the New York Giants defensive coordinator over the past nine months.

Martindale shot down the idea he was angry at being fired as the Giants (4-1) prepared to host the Ravens (3-2) on Sunday.

The truth, he said, is he was happy after being dismissed. He felt there would be a number of job opening after last season and he believed he would be re-energized going to a new city.

Harbaugh said he had a long talk with Martindale before the firing and they both agreed it was time they parted ways. He also said he doesn’t know what to expect Sunday.

Giants safety Julian Love said everyone understands facing the Ravens is a big game for Martindale, but the key is to treat the game as the previous five.

“We talk all the time about outside focus and inside focus,” Love said. “Him and all the other people who came from Baltimore — that’s an outside focus-type of thing. Yeah, it’s there, it’s present and people will talk about it but at the end of the day, we’ve got to match up against who they have. It’s not really about Wink, it’s about us executing against their players.”

Under Martindale, the Giants defense has been a lot better than anyone expected. The unit is ranked 12th overall and eighth against the pass.

What’s impressive is that Martindale has been filling holes all season. Bookend outside linebackers Azeez Ojulari and Kayvon Thibodeaux, the No. 5 pick in the draft, each missed the first two games with calf and knee injuries, respectively.

Starting cornerback Aaron Robinson has been hurt twice and is on injured reserve. Adoree Jackson, the No. 1 cornerback, had to leave last week’s game with knee and neck problems and top defensive lineman Leonard Williams has missed the past three games with a knee injury.

With each injury, Martindale has had a player ready to step up or switched a defense to complicate things for the opponents. The defense blanked Aaron Rodgers and the Packers offense in the second half of a 27-22 win last weekend in London.

Stopping Ravens quarterback Lamar Jackson and the Ravens might be the biggest task the Giants have faced. Baltimore’s offense has gone three-and-out only six times in 55 drives.

Ravens defensive end Calais Campbell said the Giants defense does a lot of things that Martindale used in Baltimore. He knows his former coordinator is going to have his team ready.

“I know this means something to him; it’s only natural,” Campbell said. “We’re human beings by nature, and this job definitely puts us in position to have those emotional attachments and draws to certain teams that you’ve been at. When you go somewhere else, and you come back or get to face your old team, it definitely just gives you a little bit more of an edge.”

Jackson also might have an edge. He has faced Martindale’s defenses for years in practices and he knows he expect a fair share of blitzes Sunday.

Martindale shouted back on Thursday.

“He is unbelievable,” Martindale said. “And for anybody that wants to say anything that he’s not. OK. He was unbelievable. And he’s playing at an MVP caliber right now.” 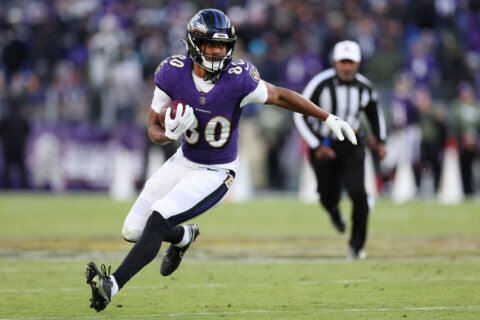 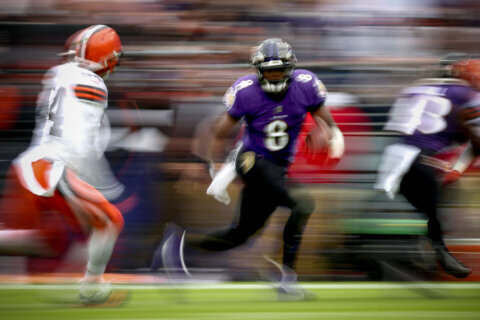 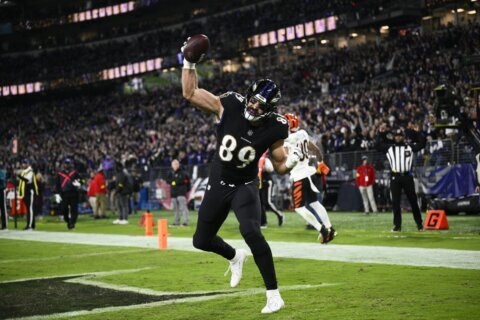