The Chiefs had been optimistic that they could sign Brown, whom they acquired from the Ravens for a package of draft picks prior to last season, to a long-term contract. But negotiations were slowed initially as Brown settled on representation, and then it became increasingly clear as time ran out that the sides remained far apart.

The Chiefs made a final pitch of six years and nearly $140 million, with $30.25 million guaranteed at signing, which would have made Brown one of the league’s highest-paid left tackles. But it’s unclear how much of the total deal was guaranteed, and that is likely what kept the sides from coming to an agreement.

The question facing the Chiefs now is whether Brown will report to training camp next week.

The Chiefs placed the franchise tag on the 26-year-old tackle, which means he would play next season for $16.7 million whenever he decides to sign the contract tender. But until that happens, Brown can skip training camp — just as he did with voluntary workouts and the Chiefs’ mandatory minicamp — without risking any sort of fine.

He would miss valuable practice and conditioning time, though.

“He’s a young guy so there’s plenty of room to grow,” Chiefs coach Andy Reid said at the conclusion of the minicamp last month. “He’s wired the right way to do that, to attack that. I know he’s been working out and doing the things he needs to do to get ready for camp. He’s a young guy that’s new to the position, is on the rise, I would hope.”

The Chiefs rebuilt their offensive line following a dismal performance against Tampa Bay in the Super Bowl two years ago, and Brown was expected to be the cornerstone of it. The Chiefs shipped a package of draft picks to Baltimore that included a first-round selection to get him, and the expectation all along has been that he would sign a long-term deal.

Brown started every game for the Chiefs last season, when he was selected to his third consecutive Pro Bowl, and helped to tutor a front five that included rookies in center Creed Humphrey and right guard Trey Smith.

“We love Orlando here. He’s a good human being and he’s a good professional,” Reid said. “He’s grown up around it. I think he’s got good counsel. So, we just have to work through it.” 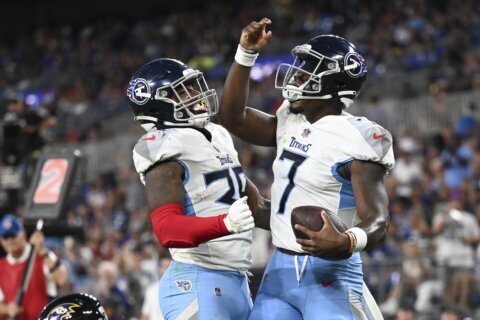 Titans have competition for backup QB job thanks to Willis 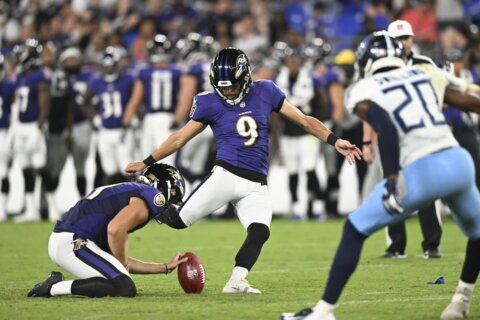 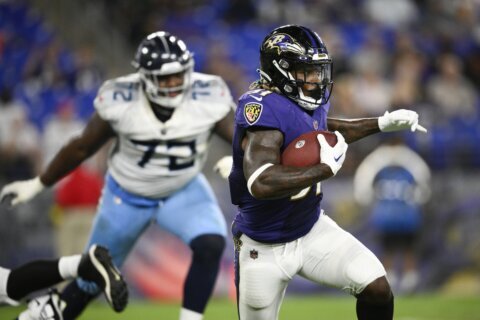