For Justin Tucker, fitting in isn't a problem. When Tucker set the NFL record with his 66-yarder, it felt like his career had been building toward this moment.
Listen now to WTOP News WTOP.com | Alexa | Google Home | WTOP App | 103.5 FM

“You’ve never seen a kicker make so much noise in a team room,” said defensive lineman Calais Campbell, Tucker’s teammate with the Baltimore Ravens. “In the meetings, usually they try to be seen, not heard in that environment, but Tuck is so comfortable. He’s a big jokester. He’s always keeping it light, keeping it fun in there.”

Tucker has good reason for that kind of confidence. If it wasn’t obvious already, his 66-yard field goal to beat Detroit last weekend solidified Tucker’s status as a legitimate NFL star. Kickers don’t often reach that level of prominence, but the Ravens have understood for a while just how valuable he is.

“I haven’t seen any guy like this guy. He’s different,” special teams coordinator Chris Horton said. “He’s a different breed of guy. Nothing fazes him.”

A lot of factors have to come together for a record-breaking kick like Tucker’s. Even if someone is capable of making a field goal from that distance, coaches aren’t eager to try it unless the clock is running down — and even then, there’s sometimes the risk of a return.

Still, when Tucker set the NFL record with his 66-yarder, it felt like his career had been building toward this moment.

Tucker has made 90.6% of his field goal attempts in his career, the best mark in NFL history, and he’s proven he has plenty of range. In 2013 at Detroit, he won a game with a 61-yard field goal. What was remarkable about that kick was that it occurred with 38 seconds remaining. The Ravens had Tucker kick from the midfield logo instead of trying to advance the ball closer.

So 66 yards wasn’t that far fetched, although Tucker did miss from 65 in a 2018 game against the Chargers. On Sunday, he used a longer run-up to the ball than normal, and his kick bounced off the crossbar and through to win the game.

“It’s something I’ve actually started doing within the last year,” Tucker said. “As I’m becoming more and more of a dinosaur in this league at 31 years old, I’ve got to do every little thing I can to get the ball to go just a little bit farther.”

Although Tucker can joke about his age as a 10-year veteran, there’s every indication he’s still in his prime. He has made 49 consecutive fourth-quarter attempts, the NFL’s longest current streak, and while kickers aren’t usually thought of as team leaders, he’s clearly respected. And Tucker, a music major with a talent for opera singing, isn’t afraid to let his quirkiness show.

“It’s definitely a personality that grows on you after a while,” cornerback Jimmy Smith said. “He just likes to be seen. He sings all the time. He might say the corniest joke in the world, but after a decade of being around him, those jokes are funny to me now. I think he’s hilarious.”

When Tucker was young he looked up to Deion Sanders, and like Sanders, Tucker seems to relish the spotlight — a good quality for a kicker. Oddly, he says the nerves tend to show up afterward.

“Whenever we’re fortunate enough to have a game-winning field goal opportunity, especially a walk-off, I get more nervous after the fact, thinking about, man, what if that didn’t go the way we wanted it to go?” he said.

The Ravens haven’t had to worry about that much with Tucker, who at this rate could become that rare kicker with a legitimate Hall of Fame shot. Only two full-time kickers, Jan Stenerud and Morten Andersen, have made the Hall.

Tucker won a Super Bowl in his very first season in Baltimore, and during that postseason, the Ravens beat Denver in double overtime on his 47-yard field goal. He has made memorable kicks in big moments, and he has also been quietly consistent from week to week throughout his career.

In a league when it feels like just about any game can come down to the wire, having a kicker like Tucker is quite a luxury.

“The more confident you are in yourself, the more ability you have to go out and do great things,” Horton said. “And when you’re around Justin, you understand that this guy is confident. He understands, and he loves the moment. He wants to be in the moment.” 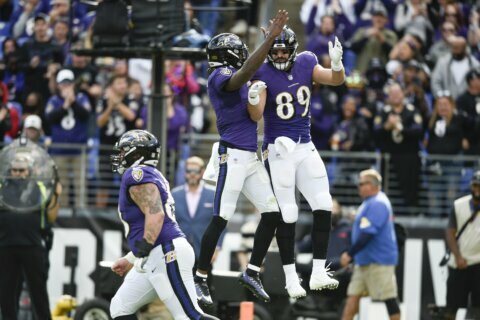 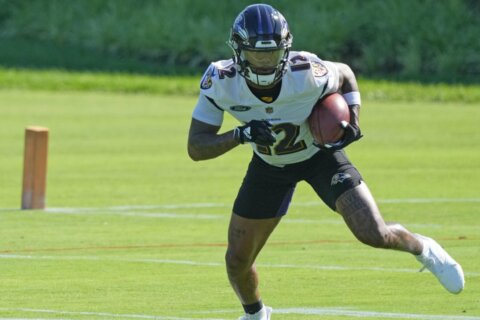