The Ravens signed the two veteran backs earlier in the week after losing their top three running backs to season-ending injuries with J.K. Dobbins, Gus Edwards and Justice Hill all getting hurt.

Baltimore will rely on Ty’Son Williams, Trenton Cannon and recently signed Latavius Murray. Murray, who spent the first four years of his career with the Raiders, was cut by New Orleans before the start of the season.

Raiders running back Josh Jacobs is active despite being added to the injury report Sunday as questionable with an illness.

Clelin Ferrell, the fourth overall pick in 2019, is inactive for Las Vegas despite not being listed with an injury designation for the game. Ferrell has struggled his first two years and lost his starting job to Yannick Ngakoue this season.

The Raiders promoted running back Trey Ragas from the practice squad and is active for the game.

Baltimore elevated defensive back Anthony Levine Sr. and defensive tackle Justin Ellis from the practice squad and made them active for the game. 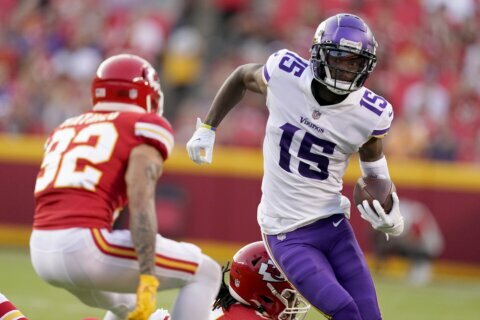 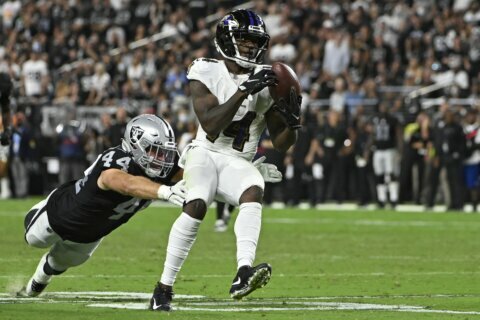