The New York Giants have acquired offensive lineman Ben Bredeson from the Baltimore Ravens for a couple of draft picks.

New York said it shipped a 2022 fourth-round draft choice and received Bredeson, a 2022 fifth-round selection and a 2023 seventh-round choice.

It was the Giants’ second trade for an offensive lineman in two days. They acquired center Billy Price from Cincinnati for defensive lineman B.J. Hill and a conditional seventh-round 2022 draft choice.

Bredeson is entering his second NFL season. A fourth-round draft choice out of Michigan, he played in 10 games as a rookie, primarily on special teams. He also appeared as an extra lineman in some offensive packages for Baltimore.

Bredeson played in 51 games for the Wolverines with 46 starts at left guard. He was voted a team captain in each of his final two seasons.

The Giants have made five trades this month. They added cornerbacks Keion Crossen and Josh Jackson, offensive linemen Price and Bredeson, They shipped cornerback Isaac Yiadom to Green Bay in the Jackson deal and sent kicker Ryan Santoso to Carolina. 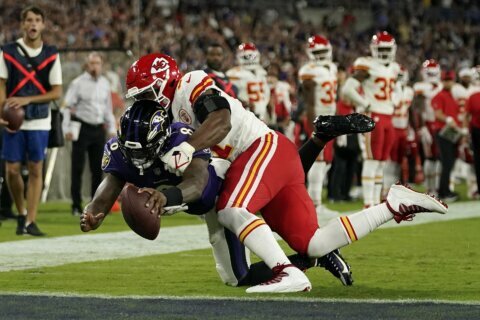 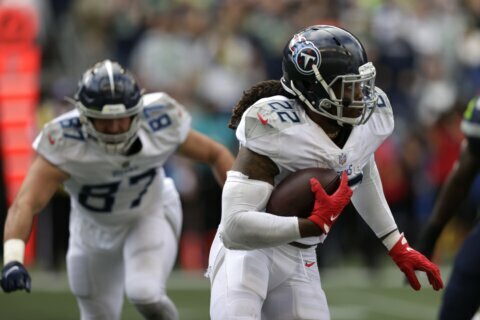 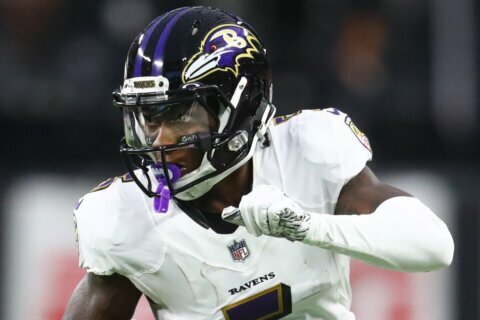