A bonus for NFL fans in Week 16: 4 straight days of games

Now this is a week NFL fans can truly celebrate. First off, it appears the league will complete the 2020…
Listen now to WTOP News WTOP.com | Alexa | Google Home | WTOP App | 103.5 FM

Now this is a week NFL fans can truly celebrate.

First off, it appears the league will complete the 2020 portion of the schedule on time and with no cancellations. Secondly, there are only two games in Week 16 that have no postseason implications.

Plus, there’s pro football on four straight days, starting with New Orleans clinching the NFC South by beating Minnesota 52-33 as Alvin Kamara tied the NFL record with six touchdowns rushing. The weekend concludes with the AFC East champion Bills — how sweet that must sound in Western New York — getting a chance to stomp on their tormentors, the Patriots on Monday night.

The Seahawks will clinch their first NFC West title since 2016 with a victory. It would be the fifth division title for Seattle since Carroll’s arrival in 2010.

“We have finished well in our season,” he says. “We finished with a lot of good wins at the end of the year, and this is another opportunity to demonstrate that we get it and we know what we’re doing. Philosophically, we’re tight and connected, and that we can go out and perform like we’re capable against a really great football team. So nothing changes.”

The Rams have won five of their past six against Seattle while averaging nearly 32 points per game, and would clinch a third playoff berth in four seasons under Sean McVay with a win. But they come off a stinker of a loss to the Jets.

Kamara became the first player since 1929 to score six touchdowns on the ground in one game in the Saints’ victory that gave them a fourth consecutive division crown. At 11-4, they still have a shot at the top overall NFC seed.

Minnesota (6-9) was eliminated from contention.

The Steelers, the first team to lose three straight following an 11-0 start since the 1969 Rams, still win the AFC North by beating the Colts or a loss by Cleveland to the Jets. Pittsburgh has won six in a row in this series, but these Steelers are reeling. They do have a sack in an NFL-record 71 straight games and have sacked Philip Rivers 15 times during seven games while he played for the Chargers.

Indianapolis has won five of six and can earn a postseason berth with a victory and a loss by either Baltimore or Miami. Rivers needs one touchdown pass to tie Dan Marino (420) for fifth on the career list. Rivers has had two or more TD passes in five straight games.

The Titans need a win to clinch a playoff berth for a third time in four seasons. Tennessee also can clinch with a loss by either Baltimore or Miami. The Titans grab their first AFC South title since 2008 with a win and a loss by the Colts.

Tennessee is 3-0 against the NFC North this season. In NFL rushing leader Derrick Henry, it has a prime weapon. Henry has a career-high 1,679 yards rushing and 15 touchdown runs. He’s the fourth player in NFL history to run for 1,500 yards and 15 TDs in back-to-back seasons.

The Packers already have clinched the NFC North and earn the conference’s top seed and only bye with a win while the Rams beat or tie Seattle. Aaron Rodgers has thrown an NFL-leading 40 TD passes with only four picks, while his main target, Davante Adams, has 14 TD catches.

Not only are the Chiefs division champs for the fifth successive season, they could match the Packers (2011) for the best regular season by a reigning Super Bowl champion. A win gives them the coveted AFC opening-round bye.

The Chiefs also could tie the longest regular-season win streak in franchise history with their 10th straight. Kansas City has never won 14 games in a season.

While Matt Ryan completed passes to 11 receivers against the Bucs, his main target with Julio Jones hobbled is Calvin Ridley. He had career bests of 10 catches for 163 yards last week, and Ridley’s seven 100-yard games lead the NFL.

Tom Brady threw four touchdown passes in the only half he needed to play and visiting Tampa Bay routed Detroit, sealing a spot in the playoffs for the first time since 2007.

The Bucs (10-5) set a franchise record with 588 yards and snapped the NFL’s second-longest postseason drought behind Cleveland’s 18-year run that can end Sunday.

Brady was 22 of 27 for 348 yards with a mix of passes deep down the field and darts in traffic. The six-time Super Bowl-winning quarterback threw touchdown passes to Gronkowski, Evans, Chris Godwin, who made a one-handed catch, and Antonio Brown from 33, 27, 7 and 12 yards.

The Lions (5-10) started the game without interim coach Darrell Bevell along with assistants on the defensive staff because of COVID-19 contact tracing.

Beathard was making his first start since 2018 and was 1-9 as a starting quarterback before he was pressed into action against the Cardinals because of injuries to Jimmy Garoppolo and Nick Mullens.

The 27-year-old wasn’t amazing but avoided big mistakes. He completed 13 of 22 passes for 182 yards, Wilson earned hard yards on the ground and the 49ers came up with two big defensive stops late in the fourth quarter, including Ahkello Witherspoon’s interception of Kyler Murray’s pass in the end zone.

The Cardinals (8-7) no longer control their own destiny in the playoff race. If the Chicago Bears win their final two games, they will reach the playoffs because of a tiebreaker over the Cardinals.

Arizona started the day positioned as the No. 7 and final team in the NFC playoff field, but the game was a struggle from the outset. The 49ers (6-9) pulled ahead 14-6 in the third quarter on Beathard’s 9-yard touchdown pass to fullback Kyle Juszczyk.

Ryan Fitzpatrick completed a 34-yard pass to Mack Hollins while being dragged down by the facemask and Miami moved one step closer to a playoff berth when Jason Sanders’ 44-yard field goal with 1 second remaining gave it a victory over host Las Vegas.

The Raiders chose to run down the clock for a go-ahead field goal instead of trying for a touchdown with Josh Jacobs going down on purpose at the 1-yard line and Derek Carr taking a knee to set up Daniel Carlson’s 22-yard field goal with 19 seconds left.

But the Dolphins had some late-game magic with Fitzpatrick launching the deep pass to Hollins while being dragged down by Arden Key. The penalty moved the ball down to the Las Vegas 26, setting up Sanders’ winning kick.

The Dolphins (10-5) moved a half-game ahead of Baltimore in the AFC playoff race and can clinch a wild-card berth with a win next week at Buffalo.

The Raiders (7-8) were eliminated with their fifth loss in six games and will be out of the postseason for the 17th time in 18 seasons.

Now that the Jets have their victory, and presumably blew their chance for the top overall draft pick, can they pull off another mammoth upset? Cleveland, which won at the Meadowlands last Sunday vs. the Giants, has numerous scenarios to get into the postseason on Sunday, but must win.

The Browns are on the verge of their first playoff appearance since 2002, the NFL’s current longest drought. Their 10 wins under first-year coach Kevin Stefanski match the franchise’s most since its 1999 expansion return.

The Giants barely hang on to playoff hopes, and Baltimore likely needs to win out — and still might be left out. Look for the Ravens to run the ball, having rushed for at least 100 yards in 37 straight games, tied for the second-longest streak in NFL history, and to be ballhawks: Baltimore leads the league with 25 forced fumbles and ranks second with 12 fumble recoveries.

New York hopes to have Daniel Jones back at quarterback.

A win in his first game coaching against the team he led to the 2015 NFC title — and which fired him in 2019 — would give Washington’s Ron Rivera the NFC East crown if the Giants lose to Baltimore. But the headlines rarely have been good out of D.C., and this week quarterback Dwayne Haskins was fined $40,000 and stripped of his captaincy for violating league COVID-19 protocols.

The Panthers have lost eight of their past nine. On Monday, they fired general manager Marty Hurney, who could wind up in Washington.

Both NFC East teams are hanging on in hopes Washington slumps, though the loser here can’t make the postseason —which, given their records shouldn’t even be in the conversation.

A Cowboys loss will mean their first losing record in NFC East games since 2011. Eagles rookie QB Jalen Hurts has given the offense a boost in his two starts.

The division-champion Bills can be the first AFC East foe to sweep New England in a season since the Jets and Dolphins did it in 2000. The 19 straight seasons without losing both games to a divisional opponent is an NFL record. The Bills last swept the Patriots in 1999.

“To go against a division opponent and be able to beat them both times, that’s a big deal,” Bills cornerback Tre’Davious White said. “I guess this year’s the year of breaking streaks or whatever. So I hope that’s the case.”

Jacksonville has lost 13 in a row, tying the longest skid in team history. The Jaguars have allowed at least 24 points in each of those 13 games, an NFL record.

While the Jaguars now are in position for the top overall draft pick (Trevor Lawrence?), the Bears still can make the postseason with wins in their final two games.

Not much to recommend this game except the opportunity to watch Chargers rookie quarterback Justin Herbert. LA has won two in a row and Herbert’s rapid maturing on the NFL level is encouraging.

Denver has had one of the most injured rosters all season, and now gets to see former star defensive back Chris Harris Jr on the other side.

The Bengals looked like a professional team in handling Pittsburgh on Monday night after losing five straight. Unfortunately, the development of top overall draft pick Joe Burrow was curtailed by his midseason knee injury, but the future looks less stark than in Houston.

While QB Deshaun Watson is having a solid enough season, the Texans are one of the NFL’s biggest disappointments and are searching for a new head coach. 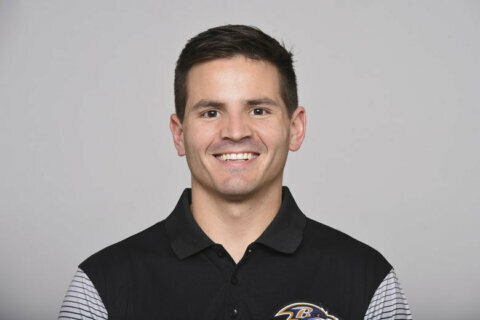 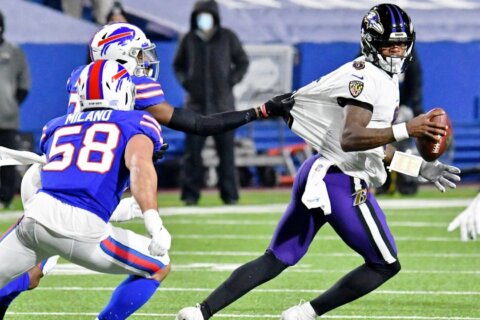