NEW YORK (AP) — All the votes are in. And the Pittsburgh Steelers kept the top spot in the latest…
Listen now to WTOP News WTOP.com | Alexa | Google Home | WTOP App | 103.5 FM

And the Pittsburgh Steelers kept the top spot in the latest AP Pro32 poll.

The Steelers received 10 of the 12 first-place votes for 382 points in balloting Tuesday by media members who regularly cover the NFL.

The Steelers improved to 7-0 for the second time in franchise history after holding off the Baltimore Ravens 28-24 on Sunday.

“It’s not quite the Steel Curtain defense of the 1970s, but it’s as good as there is in today’s NFL,” Newsday’s Bob Glauber said. “The Steelers solved Lamar Jackson to continue as the NFL’s only unbeaten team, and Ben Roethlisberger continues his remarkable comeback to put Pittsburgh into the Super Bowl conversation.”

The Ravens dropped two spots to No. 5 after the loss.

The Kansas City Chiefs stayed at No. 2 after getting the remaining two first-place votes and finishing with 374 points.

The Seattle Seahawks moved up a spot to No. 3 after handling the San Francisco 49ers.

Tom Brady and the Tampa Bay Buccaneers jumped two places to No. 4 after holding off the New York Giants on Monday night. The Bucs will play during prime time again this weekend when they host NFC South rival New Orleans on Sunday night. The Saints have won four straight and also gained two spots to No. 6.

“The Bucs and Saints held on for wins to set up the NFC South showdown of the NFL schedule-makers’ dreams this week,” said Jenny Vrentas of The Monday Morning Quarterback.

“The Bucs have emerged as one of the league’s best teams since the rivals last met in Week 1, and now they’ll host the Saints with first place in the division on the line.”

The Green Bay Packers slipped two spots to No. 7 after allowing four touchdowns to Dalvin Cook and losing to the rival Minnesota Vikings.

The AFC East-leading Buffalo Bills moved up a place to No. 8 after earning a rare win over the New England Patriots.

“The Patriots are free falling,” said Charean Williams of Pro Football Talk. “It could be their first losing season since 2000.”

The Bills have a challenge this week as Russell Wilson and the Seahawks head to western New York on Sunday.

The Tennessee Titans dropped two spots to No. 9 after losing to Joe Burrow and the Cincinnati Bengals for their second consecutive defeat.

And the Arizona Cardinals, who are coming off a bye, moved up one spot to round out the top 10. The Cardinals will host Tua Tagovailoa and the Miami Dolphins as they return to action.

“Forget about Tua. After what Miami did last Sunday against the LA Rams, I’m curious to see just how real this Dolphins’ defense is Sunday against Arizona.” said Alex Marvez of Sirius XM. 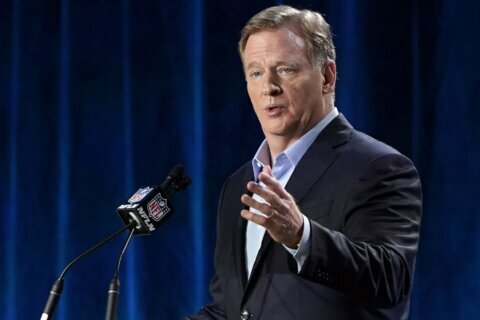 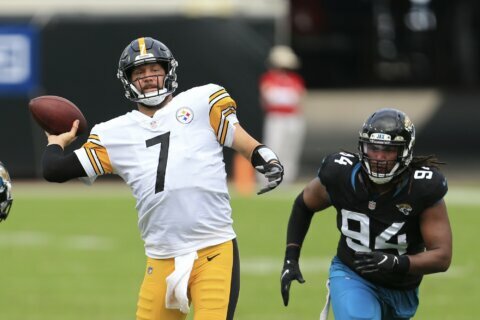 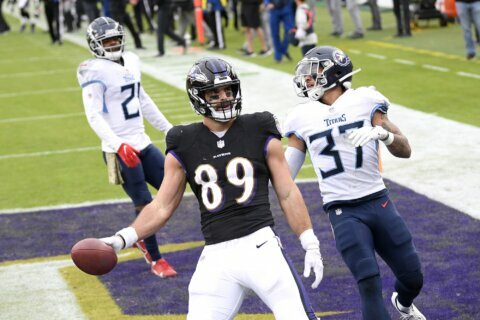