The Latest on the coronavirus outbreak’s affect on sports around the globe: ___ Borussia Dortmund defender Emre Can has been…
Listen now to WTOP News WTOP.com | Alexa | Google Home | WTOP App | 103.5 FM

The Latest on the coronavirus outbreak’s affect on sports around the globe:

Borussia Dortmund defender Emre Can has been ruled out of Saturday’s Ruhr derby against Schalke after testing positive for the coronavirus.

Dortmund says the 26-year-old Can has no symptoms and is in quarantine at home. The club says all other tests conducted on players and staff on Friday returned negative results.

Can is the second Dortmund player infected with COVID-19 after Manuel Akanji, who tested positive on Oct. 8 while on duty for Switzerland.

Can missed Dortmund’s game at Lazio on Tuesday due to suspension.

Dortmund says it has checked with local health authorities and the Bundesliga clash with Schalke is not in danger.

The 121st Army-Navy game will be played at West Point’s Michie Stadium instead of the traditional site in Philadelphia.

The academies made the announcement Friday. The move is being made due to attendance limits placed on outdoor events in Pennsylvania because of the novel coronavirus. Those limits would not allow the entire Corps of Cadets and Brigade of Midshipmen to attend.

Army gets the Dec. 12 game because the Black Knights are designated as the home team.

It will mark the first time the Army-Navy game has been played at a home site since World War II when Annapolis hosted the 1942 game and West Point the 1943 game. The two schools also rotated hosting the first four games from 1890-1893.

The Baltimore Ravens will have a crowd of about 7,000 fans at their next home game on Nov. 1 against Pittsburgh.

This will be the first time that ticket holders will be allowed in the stadium. Because of the pandemic, the Ravens had no fans at their home opener and were permitted only 250 immediate family members of players, coaches and front-office personnel at the next two home games.

The increase in fans comes after the team received approval from Maryland Gov. Larry Hogan and Baltimore Mayor Young to fill the stadium to 10% capacity.

The plan calls to limit the number of fans in the lower bowl to 3,000, to 800 in the club level and 2,800 in the upper level. Several hundred fans will in the suite levels.

Baltimore is off this weekend. The Pittsburgh game was originally set for Sunday but was changed after the Steelers and Titans moved their Oct. 4 game to Sunday. 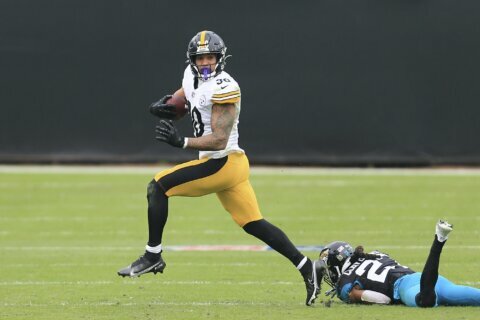 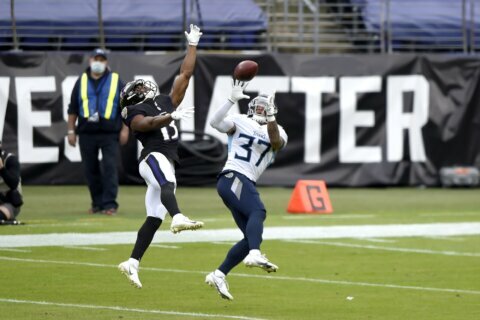