STREAKS, STATS AND NOTES — Baltimore’s 4-1 start matches the best in franchise history. … The Ravens are 0-2 in Philadelphia. … Baltimore has won eight straight road games. QB Lamar Jackson has 18 TD passes and five interceptions during that streak. … Baltimore coach John Harbaugh was an assistant coach with the Eagles from 1998-2007. … Harbaugh, who took over in Baltimore in 2008, owns a 30-19 record against the NFC. … Baltimore has scored an NFL-high 11 defensive touchdowns since the start of the 2018 season, including two this season. … The Ravens have forced a turnover in 18 straight games, the longest active streak in the NFL. … Baltimore has scored at least 20 points in 18 consecutive games, tied for the second-longest streak in NFL history and two off the record held by Denver. … The Ravens have allowed an NFL-low 15.2 points per game. … Ravens punter Sam Koch is tied with Terrell Suggs for most games with the team (229). … Harbaugh’s .619 winning percentage ranks fifth among active coaches with a minimum of 75 games. … Eleven Ravens have sacks, and seven players had one apiece last week. … Baltimore is 23-4 in the regular season with Jackson as a starter, with three of those defeats coming against Kansas City. … Jackson leads the Ravens with 238 yards rushing. He set an NFL record last year for yards rushing by a quarterback with 1,206. … Ravens rookie LB Patrick Queen scored his first NFL touchdown last week and leads the team with 42 tackles. … Ravens kicker Justin Tucker is 10 for 11 on FG tries this season, missing only from 61 yards. His 90.8% success rate on FGs is best career mark in league history. … Eagles QB Carson Wentz has already thrown a league-high nine interceptions, most since his rookie season in 2016. … Eagles RB Miles Sanders had two TDs rushing last week, including 74-yarder. … Eagles TE Zach Ertz has just five catches on 11 targets in the past two games. … Eagles WR Travis Fulgham had 10 receptions for 152 yards and one TD last week. He made his first career catch in Week 4. … The Eagles are third in the NFL with 18 sacks. … Fantasy tip: Ravens TE Mark Andrews faces a defense that allowed Rams TE Tyler Higbee to catch three TD passes in Week 2, and 49ers TE George Kittle to rack up 15 catches for 183 yards and one TD in Week 4. 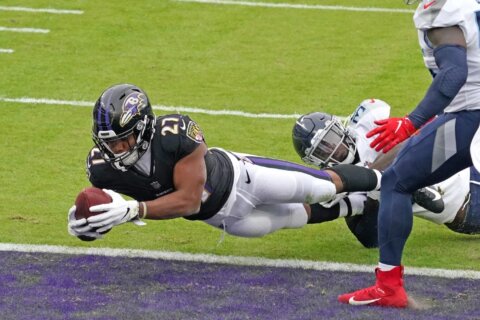 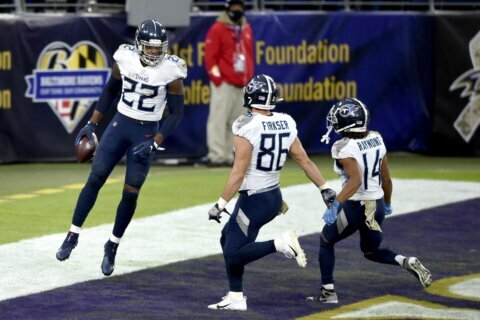 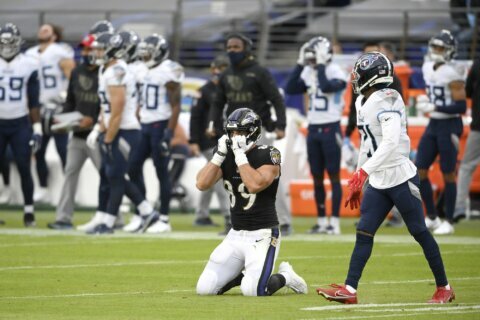