It’s all about the quarterbacks in the AFC North, a division that includes the reigning NFL MVP, the top pick…
Listen now to WTOP News WTOP.com | Alexa | Google Home | WTOP App | 103.5 FM

It’s all about the quarterbacks in the AFC North, a division that includes the reigning NFL MVP, the top pick in the 2020 draft and a two-time Super Bowl winner looking to make a successful comeback.

The Baltimore Ravens won the AFC North last year behind Lamar Jackson, who accounted for 1,206 of the team’s NFL-record 3,296 yards rushing. He also threw for 3,127 yards and 36 touchdowns before running away with the MVP trophy.

Baltimore went 14-2 last season, then lost its playoff opener to Tennessee. Despite that defeat, the Ravens remain the team to beat because of their diverse offense and after adding Calais Campbell, Derek Wolfe and first-round draft pick Patrick Queen to a defense that yielded only 17.6 points per game in 2019.

For the Ravens, winning the AFC North is merely one facet of their overriding goal.

“Man, the only thing I really want is a Super Bowl,” cornerback Marlon Humphrey said. “I know Lamar has spoken about that a lot. He’s the leader of this group, and we’re all trying to get the same thing.”

The rest of the AFC North is up for the challenge of unseating Baltimore. The Pittsburgh Steelers have back Ben Roethlisberger, who missed most of last season with an elbow injury; the Cincinnati Bengals expect big things from top draft pick Joe Burrow; and the Browns hope quarterback Baker Mayfield can flourish under a new coach.

STEP AT A TIME

The Ravens entered the postseason with a 12-game winning streak and the best regular-season record in the league. All that got them was a quick exit in the playoffs.

The path to the Super Bowl begins with the Sept. 13 opener against the Browns.

“As of right now, the focus is on Cleveland,” right tackle Orlando Brown Jr. said. “Long term, we all want to have the opportunity to play in the Super Bowl. But we understand that it’s the small goals that come first.”

The Steelers are using Roethlisberger’s surgically repaired right elbow to prop open a narrowing title window during the final stages of their longtime quarterback’s career.

Pittsburgh spent the offseason looking for ways to bolster an offense that floundered in 2019 while Roethlisberger watched from the sideline after his injury in Week 2. The Steelers signed free agent tight end Eric Ebron and drafted wide receiver Chase Claypool in the second round, hoping to restore some of the potency to an air attack that fell flat with Mason Rudolph and Devlin “Duck” Hodges under center.

The 38-year-old Roethlisberger has felt so good during his 17th training camp that the team loosened (somewhat anyway) the restrictions it put on him in previous years in an effort to avoid wearing him out. He’s also heaped praise on the players around him, optimistic the Steelers have the talent to chase down Baltimore.

Pittsburgh might not need Roethlisberger to return to the form he showed in 2018 — when he won the NFL passing title — to have a chance. The defense returns 10 starters from a group that led the league in sacks and takeaways last season, the main reason the Steelers managed to stay in the playoff hunt until late December.

The Browns have turned the page on 2019, when they crumbled under outside expectations — and their own.

This is a critical year for Mayfield, who followed a sensational rookie season by regressing (22 TDs, 21 interceptions) during a 6-10 clunker that was followed by yet another coaching change in Cleveland. Mayfield dedicated himself to getting in better shape and he arrived at training camp looking trim and acting more mature.

First-year coach Kevin Stefanski was deprived of a true offseason because of the pandemic, so it could take a little longer for the Browns to iron out any wrinkles. But Cleveland’s offense has huge potential, as star receivers Odell Beckham Jr. and Jarvis Landry are both healthier following surgeries, and running back Nick Chubb has quickly developed into one of the league’s best. Tight end Austin Hooper is dependable and a huge upgrade.

The defense is another story.

Edge rusher Myles Garrett has moved on from his helmet-swinging suspension and the Browns rewarded him with a five-year, $125 million contract extension. The loss of linebacker Mack Wilson and rookie safety Grant Delpit — both starters — to camp injuries is ominous for Stefanski.

The bottomed-out Bengals made themselves relevant again by drafting Heisman Trophy winner Burrow. The question is: How much of an impact he can make right away on a 2-14 team after limited practice time and no preseason because of pandemic precautions?

Burrow has playmakers around him — A.J. Green, Tyler Boyd, Joe Mixon — but it’s tough being a rookie starting quarterback even under the best conditions. In Cincinnati, things are never optimal.

At least it will be interesting to watch it play out.

“I feel very comfortable with my guys, and I think we’re going to be pretty good on offense,” Burrow said. “I’m excited more than nervous, I’d say.”

With contributions from AP Sports Writers Tom Withers, Joe Kay and Will Graves. 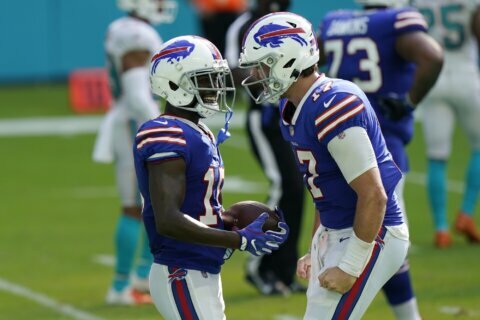 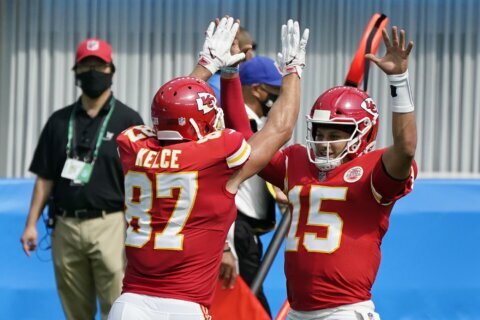 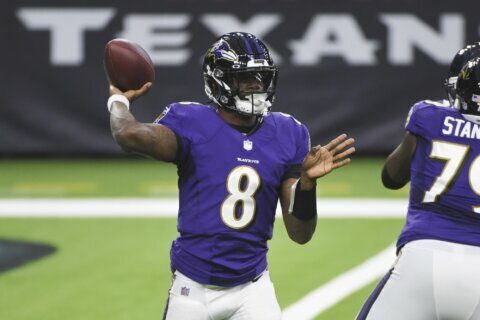