They also are the league’s last two regular-season Most Valuable Players.

Mahomes and the Kansas City Chiefs are the defending Super Bowl champs and Jackson and the Baltimore Ravens, who finished with the top regular-season record last season, hope to get past them and reach the Super Bowl this season.

Both teams are off to 2-0 starts this season and kept the top two spots in this week’s AP Pro32 poll.

The teams will meet Monday night in the top matchup of Week 3 and a possible preview of the AFC championship game.

“We’ll enjoy this on our plane ride home, and then we’ll be focused on the Chiefs,” Baltimore running back Mark Ingram said after a 33-16 rout in Houston. “They’re the defending champs, and we know we’re going to have to play our best football, put our best foot forward in order to get a W.”

The Seattle Seahawks moved up a spot to No. 3 after holding on for a 35-30 victory over the New England Patriots. Despite the loss on the road, the Patriots did not lose any ground and remained at No. 8.

The Green Bay Packers also inched up one place to No. 4 after handling the Detroit Lions 42-21. The Packers will try to go to 3-0 as they head to the Big Easy to face the New Orleans Saints on Sunday night.

“It’s been a lot of fun,” Packers running back Aaron Jones said Monday of his team’s potent offense so far. “You come out as an offense, and that’s what you want to do. You want to put points up, you want to score a lot of points, you want to be clicking on all cylinders and just having it run smooth.”

The Saints had the biggest drop in the poll, falling from No. 3 to No. 10, after blowing an early 10-point lead and losing 34-24 in the Raiders’ first game in Las Vegas on Monday night.

The AFC East-leading Buffalo Bills jumped two spots to No. 5 after edging the Miami Dolphins 31-28. The Bills will host the No. 7 Los Angeles Rams on Sunday in the other matchup of 2-0 teams. The Rams also gained two spots after handling the Philadelphia Eagles 37-19.

The Eagles dropped two spots to No. 23 and host the Cincinnati Bengals on Sunday in the only Week 3 matchup of 0-2 teams.

The Pittsburgh Steelers stayed at No. 6 after topping the Denver Broncos. They host their second consecutive winless opponent when the Houston Texans visit Heinz Field in the “Watt Bowl.” Texans defensive end J.J. Watt will face brothers T.J. and Derek Watt of the Steelers.

It will be only the second time in 93 years that three brothers will appear in the same NFL game — and the second time in the past 10 months. Pittsburgh’s Terrell and Trey Edmunds shared a field with Buffalo linebacker and youngest brother Tremaine last December when the Bills visited Heinz Field.

The Arizona Cardinals, also off to a 2-0 start, gained a spot to No. 9 and became the third NFC West team ranked in the top 10 of the poll.

“We left a lot out there, I think that was pretty evident to see,” Cardinals quarterback Kyler Murray said Monday after a 30-15 win over Washington. “I know we all felt as if we left a lot out there in the locker room, from coaches and players. It’s frustrating at times, but at the same time you have to understand this is Week 2.

Trailing in the poll are New York City’s two 0-2 teams: The Giants slipped a spot to No. 31 and the Jets remained last. 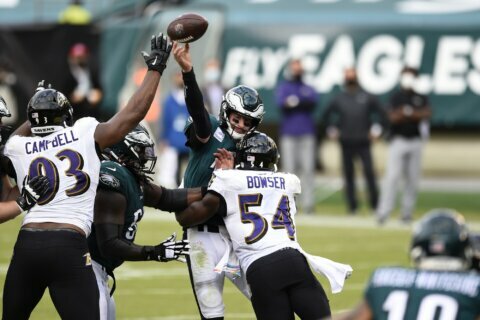 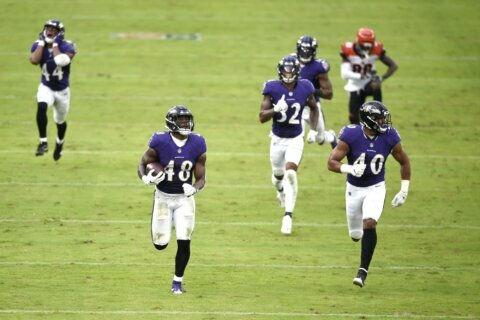 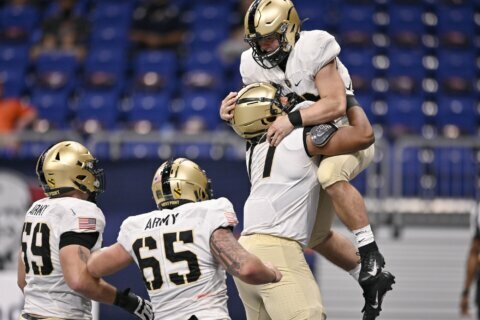